For the first time since November, we’ve managed to catch another glimpse of the G70 Shooting Brake testing. Seen driving on the roads around the Nurburgring, the wagon is sporting dazzle camouflage for the first time.

We’ve seen the car testing before, and always with bodywork hidden, but Genesis has never before felt the need to hide the paintwork on the roof and side sills with patterned camouflage. The camouflage can also be seen poking through with the headlights, which hopefully means that the company is nearly ready to take the shape-concealing black camo off of the front, rear, and sides.

First mentioned by Genesis CEO William Lee in February 2020, we’ve long known that the company was hoping to create a wagon version of the G70. Competing against the likes of the BMW 3 Series Touring, the A4 Avant, and their ilk, the G70 Shooting Brake will seek to take advantage of the recent trend towards wagons. 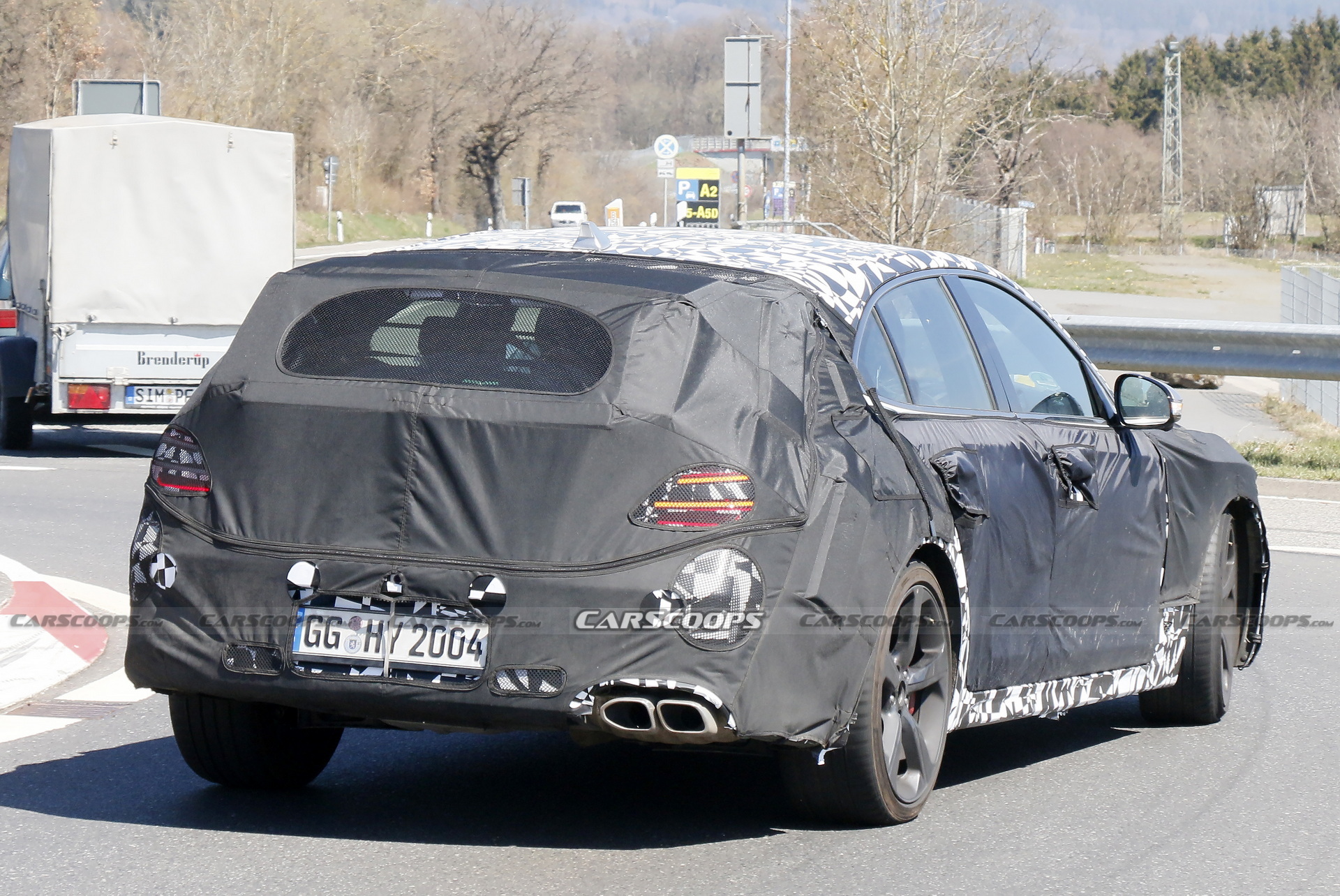 The suggestion was always, though, that Genesis would wait until the updated G70 had been released. Well, good news wagon fans, U.S. prices for the 2022 G70 were announced on April 30, so it’s right around the corner. That will hopefully mean that this wagonified version isn’t far behind.

We would expect engine options to carry over from the sedan to the wagon. That would mean a 2.0-liter turbo making 252 hp and 260 lb-ft of torque or a 3.3-liter V6 making 365 hp and 376 lb-ft of torque. Both are available as either RWD or AWD. An 8-speed automatic transmission handles shifting duties in all cases.

Though we can hope that the new model’s launch is nigh, we, unfortunately, don’t have much more than that to go on. The timeline for the G70 Shooting Brake is still unclear.

Official: Get Ready For The Genesis G70 Shooting Brake