The Dubai police force uses some of the best vehicles ever made, and as of recently, they have added a Genesis GV80 to their fleet.

The luxury SUV was shipped by the brand’s official distributor in the United Arab Emirates (UAE), Juma Al Majid Est, and will be used to patrol the streets of the city.

“We take pride in partnering with Dubai Police in various initiatives that aim at spreading awareness among all segments of society on traffic safety”, said the automaker’s local director, Suliman AlZaben. “We hope that the high-tech Genesis GV80 contributes to facilitate Dubai Police’s operations and provide various services to the public.” 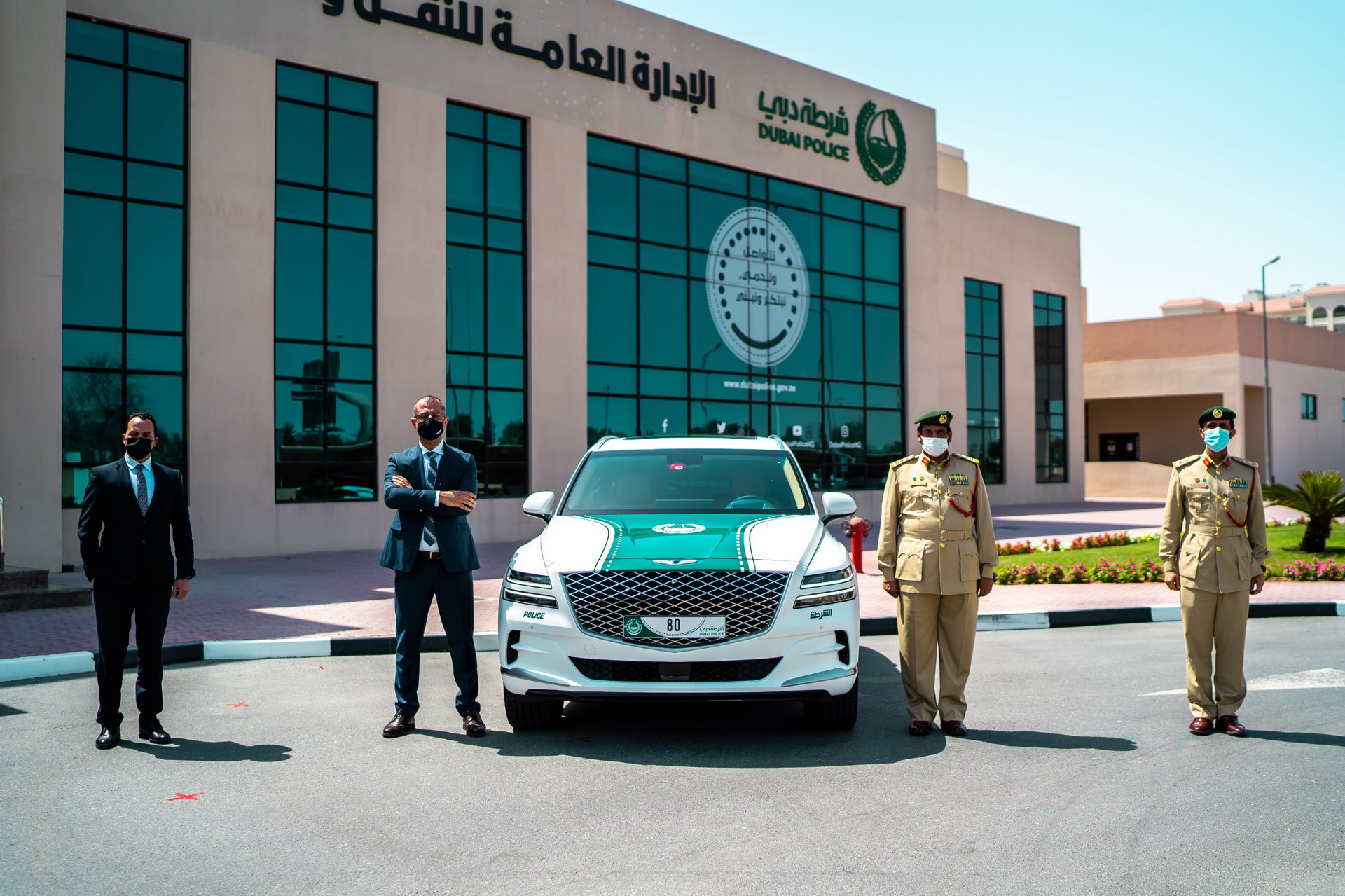 Just like the stunning fleet of supercars used by the police in Dubai, the 2021 GV80 in question wears the same attire, combining a white body with green accents. And besides these, it doesn’t seem to have other mods, not on the outside at least, as they didn’t equip it with emergency roof lights, spotlights, and other such gear.

Meanwhile, the 2021 GV80 is on sale in the United States, in three different specifications, priced from $48,900. The standard version uses a 2.5-liter turbocharged four-cylinder engine producing 300 HP and 311 lb-ft (422 Nm) of torque on premium gas, paired to an eight-speed automatic transmission. The all-wheel-drive variant of the same model can be ordered from $54,650, while the 3.5T sits at the top of the series, with an MSRP of $59,650. It packs a 375 HP and 391 lb-ft (530 Nm) 3.5-liter twin-turbo V6, hooked up to an eight-speed auto and all-wheel drive, and is the only one available with seating for seven.