While many budding Ford GT owners were no doubt left disappointed when they didn’t receive an allocation for a car, the proliferation of GTs hitting the used car market means that the supercar is accessible to anyone with the funds to afford one. This 2017 Ford GT Heritage Edition is the latest to hit the market.

This being a 2017 model year car, the limited-run Heritage Edition features a black and silver livery inspired by the 1966 Ford GT40 Mark II driven by Bruce McLaren and Chris Amon to victory at the 1966 24 Hours of Le Mans. In addition to the silver racing stripes, the car also features the number 2 on the hood and on its doors.

Listed for sale from GAA Classic Cars in Greensboro, North Carolina, this Ford GT is VIN number 50, making it one of the early cars that were produced by Multimatic in Canada. While details aren’t provided about the car’s original owner, they likely always considered the car as an investment and only ever drove it 12 miles (20 km). 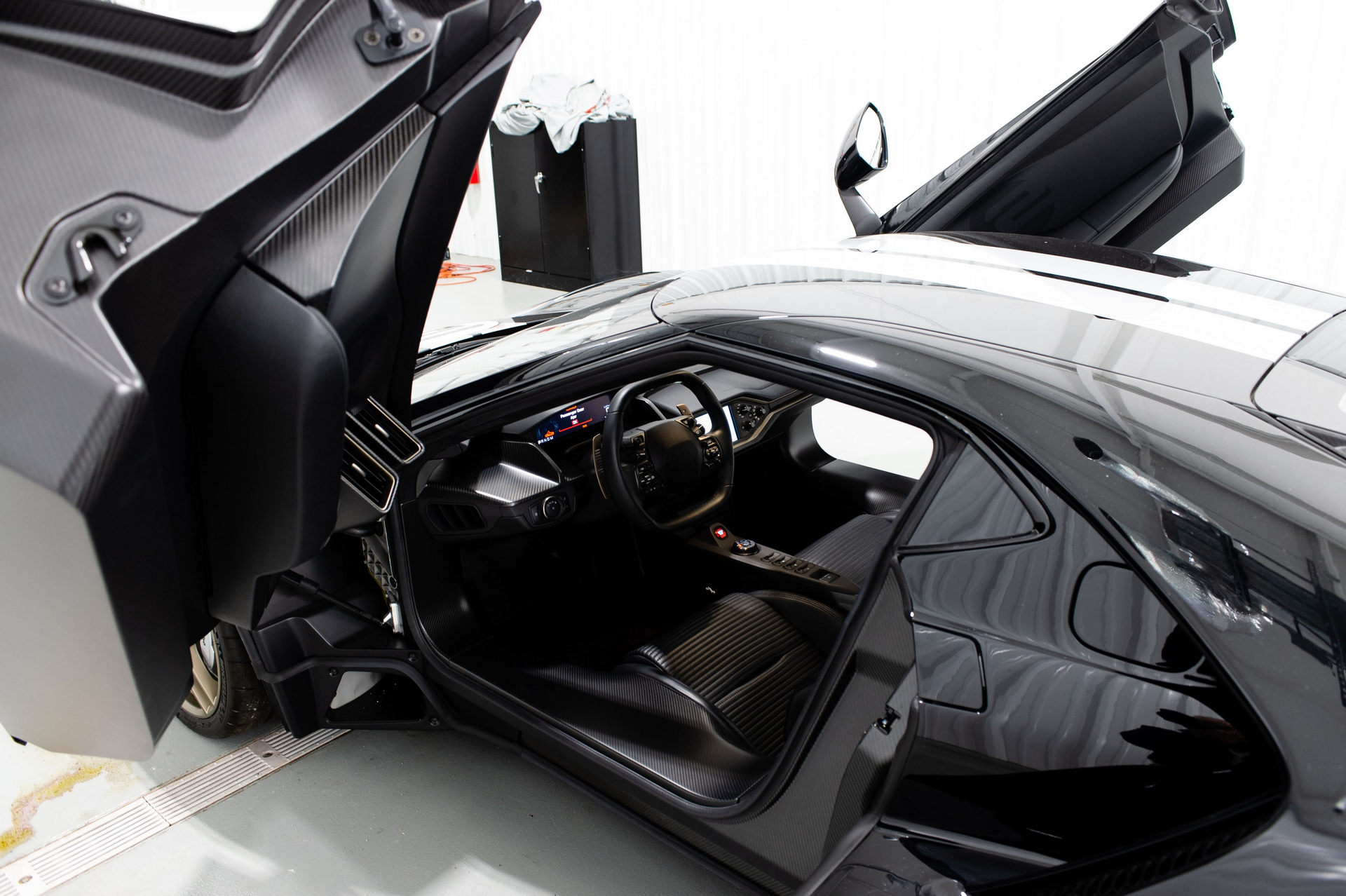 Key features of the GT include forged aluminum wheels that measure 20×8.5 at the front and 20×11.5 at the rear that are wrapped in Michelin Pilot Sport Cup 2 tires. The supercar also includes titanium lug nuts and carbon ceramic brakes from Brembo. A look at the window sticker reveals the car had an MSRP of $516,995 and you can bet that it will likely sell for double that.

VIDEO: All of the Tech Details You Need to Know about the BMW M3