The Sierra RS Cosworth was a creation that was inspired by Ford Motorsport’s desire to dominate touring car racing. Out of the 5545 “regular” RS Cosworths made, just 500 were sent to Aston Martin Tickford. These road cars, made for homologation purposes, were known as RS 500s.

The RS 500 was an evolution to make the already competitive RS Cosworth unbeatable. To celebrate 35 years of the RS 500, Jonny Smith visits not one but two pieces of Ford Europe’s storied history. Owner Rupe currently has in his possession an unrestored road legal example with just 34,000 miles on it, as well as a genuine Group A tourer that raced in Britain and Australia.

The road-going RS 500 featured tweaks in the body for improved air intake and aerodynamics. Although it had a modest bump in output (20hp) over the RS Cosworth, in many ways, the power was made more inaccessible to drivers, with more turbo lag and a smaller boost window. However, what sits under the hood was not just a lightly tuned engine.

The RS 500 was purely designed to make its touring car descendent a reality. Road car usage was given the cold shoulder in favor of modifications that would only really make a difference on the track. A perfect example would be the standard second fuel rail, which lay unconnected and complexly non-functional for the road cars, but of course, connected up on the race car to contribute to that dominance.

Read: The Holy Grail Of The Fast Ford Family Is This Prototype Sierra RS500 Cosworth 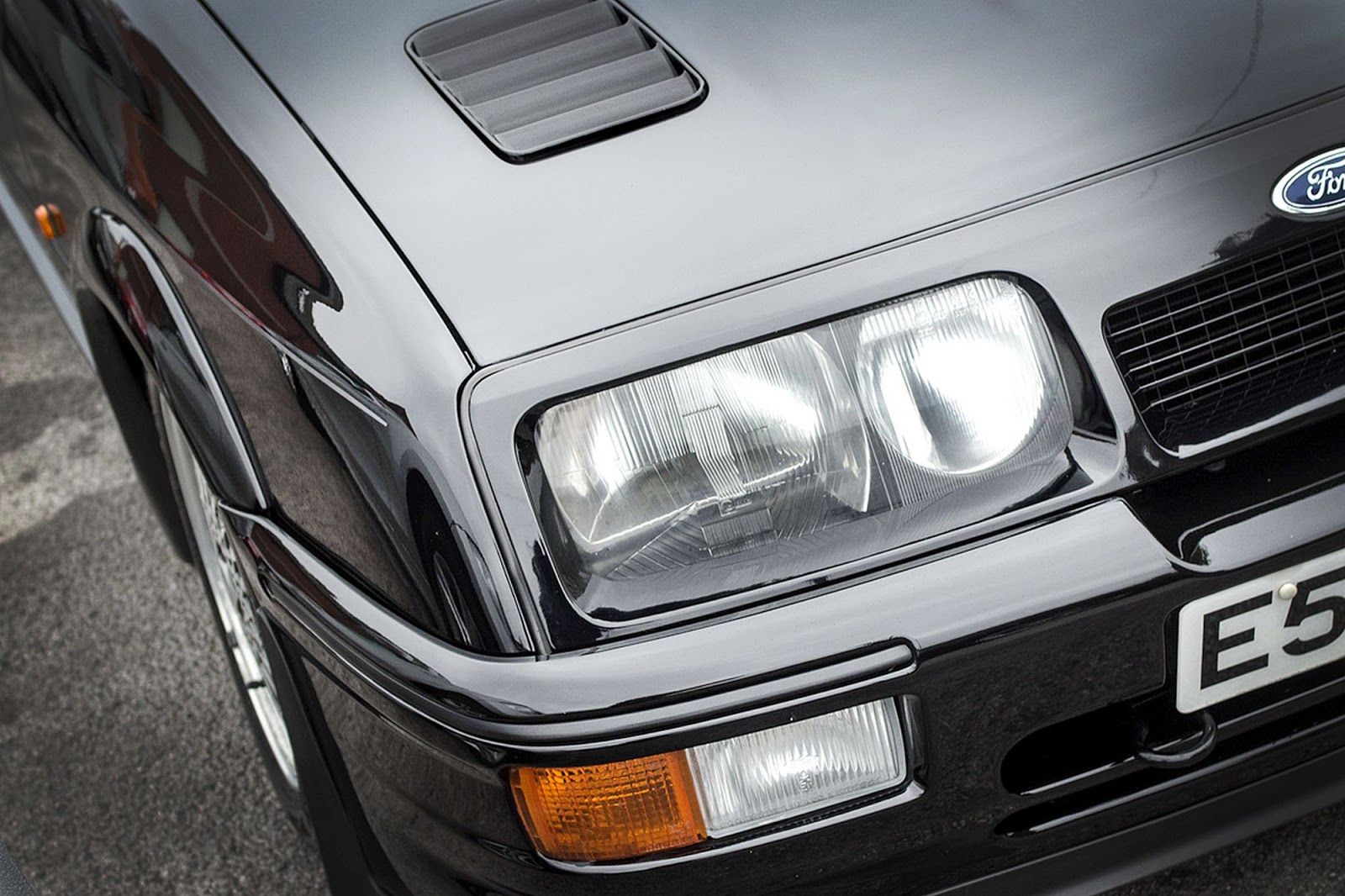 And dominate it did. Motorsport Magazine claims the Ford RS 500 Cosworth was the most successful road-car-derived racing car of all time, as the RS500 won a staggering 84.6% of races that it took part in. Rupe’s Group A tourer remains one of the most iconic examples, built and raced by Andy Rouse in the BTCC, before leading its second life in the Australian touring car scene with famed GM-stalwart Peter Brock. Today the Group A car sits in its Aussie livery. Brock is said to have understood the need to pilot an RS 500 in order to remain competitive but ensured all Ford badging was removed.

Jonny takes us through the subtle nature of the road-legal RS500 car. According to him, it isn’t all that different from a regular Sierra on the inside but still manages to turn heads today. The engagement which the RS500 brings to the table makes it feel brisk by modern standards and continues to put a smile on the face of its driver when the turbo starts spooling.

How Much Is The One-Off 2004 Ford Shelby Cobra Concept Worth? | Carscoops

Audi says it will produce its last internal combustion engine by 2033, only launch new EVs by 2026 – Electrek