Ford wants to rely on well-established names to sell the yet-to-be unveiled high-performance version of the Bronco not new brands.

Until recently, the best guess at the trim name of the upcoming high-performance Bronco was “Warthog.” A new report from Ford Authority cites insider sources at Ford who say that top brass doesn’t want to rely on a name that will have to build brand recognition.

That will likely mean picking a name that is more familiar and may reignite early rumors that suggested that the Bronco would borrow the Ford trucks’ Raptor moniker. Although we still don’t know what the SUV will be called, the automaker has had success so far with using established names like Mustang Mach-E and F-150 Lightning.

The suggestion that Ford would use the Warthog name was popularized last autumn when a trademark filed by Ford was discovered.

Testing. Testing. Is this thing on? 🎤 #FordBronco pic.twitter.com/9oGCIeX5Jc

Unfortunately, details on the high-performance Bronco are still limited. Ford appears to have confirmed the variant in September, though, with a Tweet that showed the SUV getting some air (something that raptors are fond of doing). 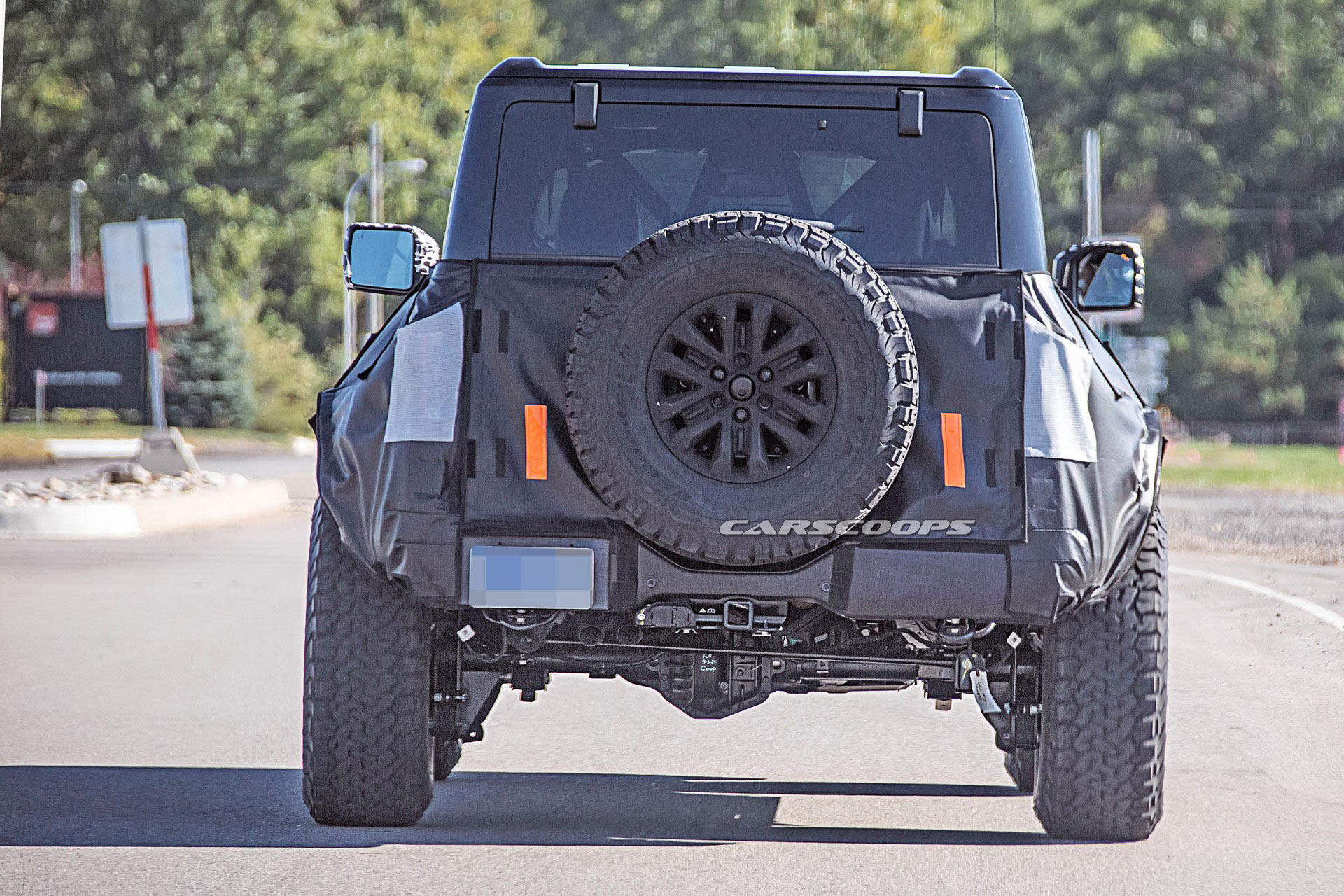 What will go under the hood is a bit of a mystery, too. Comments from Eric Loefller, the Bronco‘s chief engineer, seem to suggest, though, that a V8 is too big and too thirsty to work in the SUV. Some report that a 3.0-liter EcoBoost V6 might be the ticket. Horsepower numbers of 400 and torque numbers of 415 lb-ft have been suggested, but no official figures have been released.

All will hopefully be revealed when the high-performance Bronco is fully unveiled in the second half of 2022.

How Much Is The One-Off 2004 Ford Shelby Cobra Concept Worth? | Carscoops

Is Jeep’s Cryptic Tweet Hinting At A Wrangler Roadster?