For the first time, we have spy shots of the upcoming Fusion/Mondeo-successor to provide us with hints about what the new vehicle will look like.

The spy shots were taken at Ford’s secret German proving ground and show a really rather Fusion/Mondeo-like vehicle. Despite the camouflage, the overall profile of the car isn’t as big a departure from the current model as we might have expected.

That’s surprising because reports from March suggested that Ford is planning on retiring the Mondeo nameplate in 2022.

“While we do not comment on speculation concerning our product plans, we can state that we have no plans for a future Mondeo in Europe,” a spokesperson told AutoExpress at the time.

Read More: Ford To Kill Off Mondeo In 2022, Retiring Nameplate After Nearly 30 Years 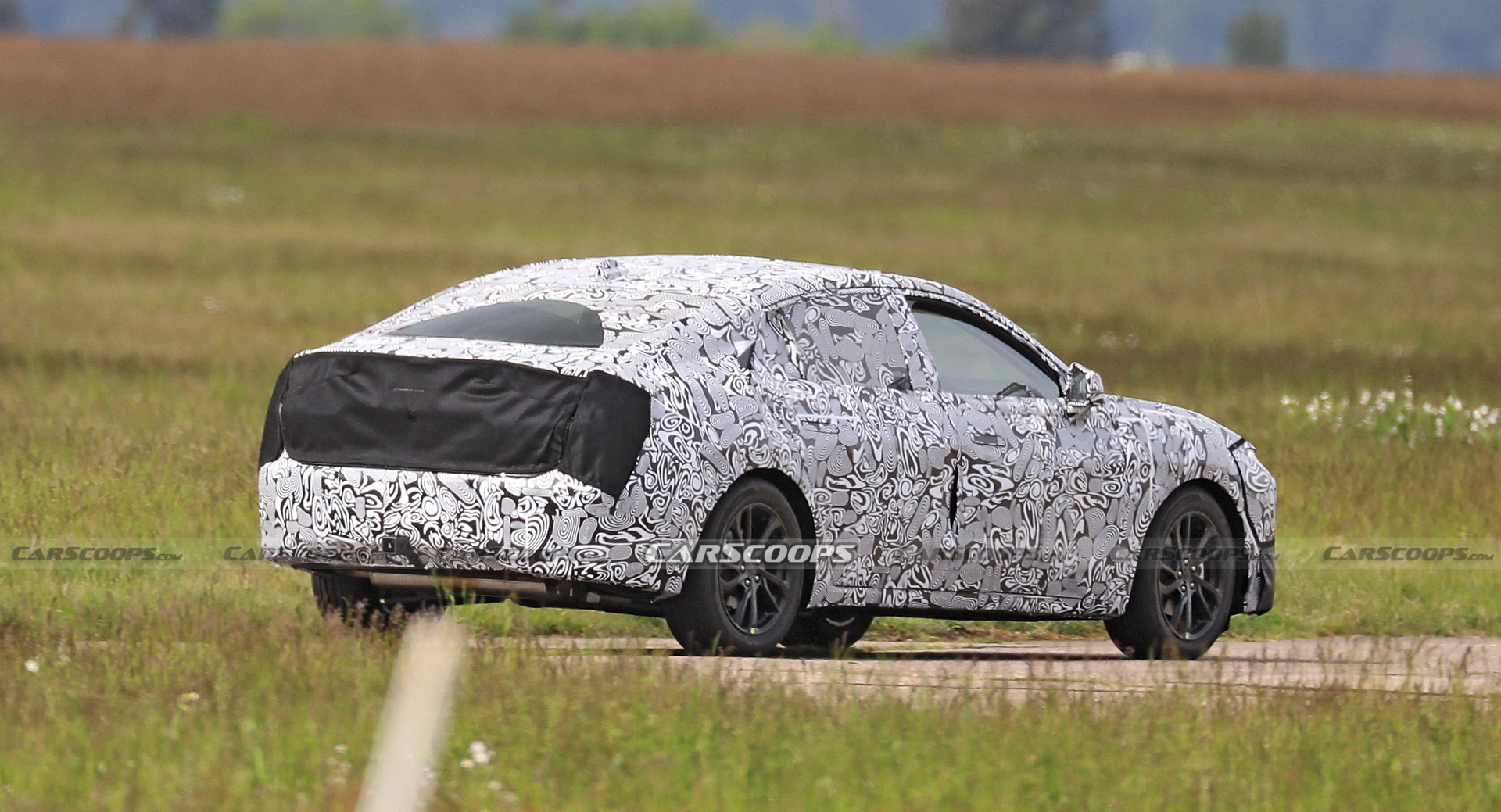 Falling sedan sales were cited, which makes this vehicle a bit odd to see. Sporting headlights like the new Evos that was unveiled in April for the Chinese market, that vehicle had the more crossover-like proportions that we were expecting from the Mondeo-followup. Any notion that the Evos might make it in Europe was quickly nixed, though, by Ford representatives who said it was China-only.

Naturally, it’s hard to say exactly how chunky this car is when there is nothing but German fields to compare it to, but these photos don’t make it look particularly crossover-like. Without the rear spoiler of the Evos or the prominent character lines over the wheel arches, this looks more like a modern reinterpretation of the Mondeo than a toned-down Evos to these eyes.

Certainly, there’s been a trend toward chunky cars that bridge the gap between the fading passenger car segment and the ascendant crossover segment. These, like the Polestar 2, the Hyundai Ioniq 5, and the Kia EV6 have all been electric, though.

Sporting what appears to be a muffler at the back, that would seem to suggest that this is not an EV (though we would wager that it’s a hybrid), despite Ford’s promise to go all-electric in Europe by 2030.

Without much to suggest crossover-like proportions, it may well be that Ford is giving the sedan another chance in Europe, or simply testing a China-exclusive model on European grounds.