This 550 is chassis 115811 and was purchased by Italian Andrew Garbagnati before making its race debut in the first round of the 2001 FIA GT Championship at Monza. It was driven by former Formula One drivers Emanuele Naspetti and Mimmo Schittarella but was forced to retire due to a steering failure. 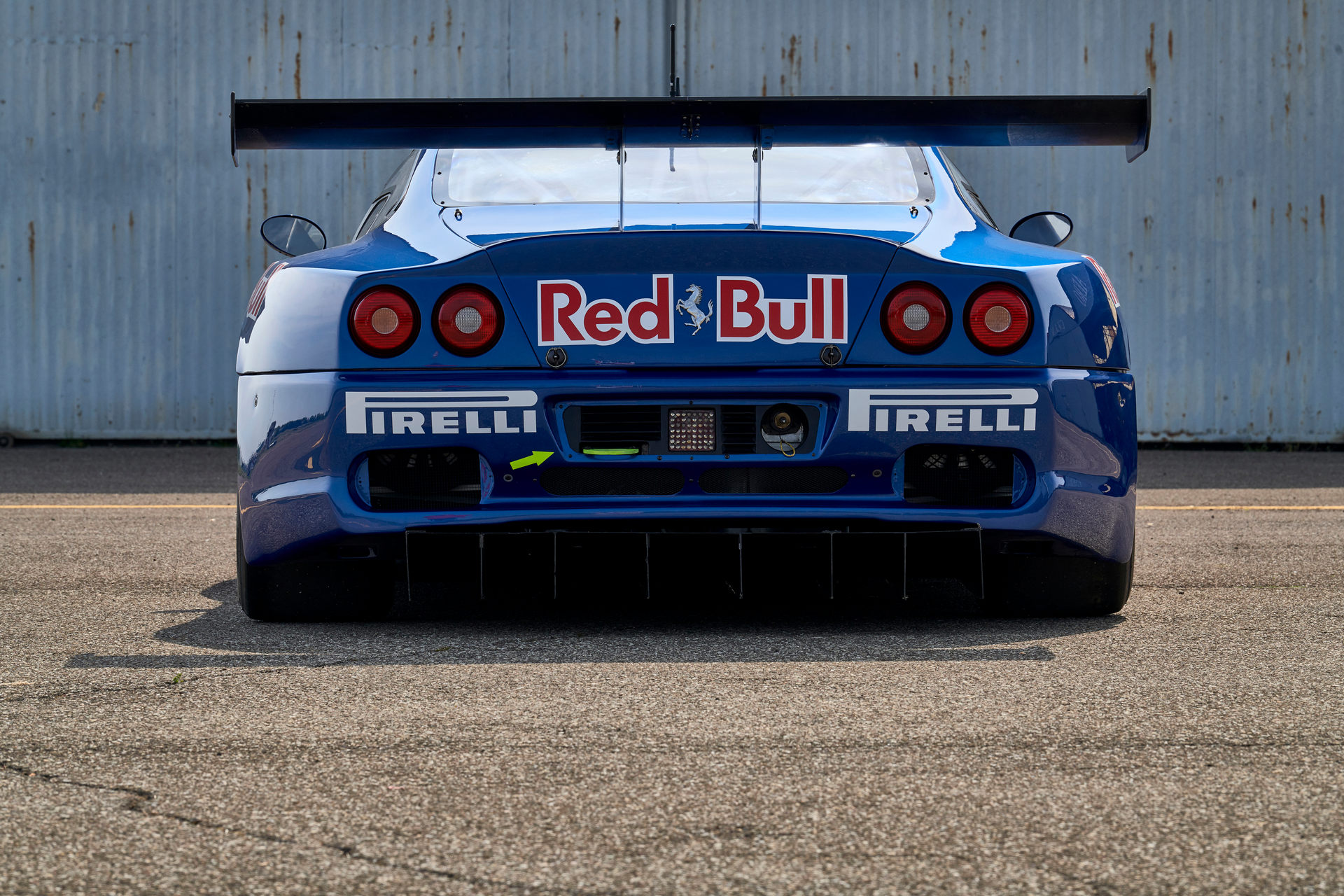 In subsequent races at Brno and Magny-Cours, it finished in fifth and fourth respectively. It went on to secure another fifth place at Silverstone and during a race weekend at Zolder in Belgium, clinched the pole position. The car later competed in the 24 Hours at Spa where it qualified second and briefly led the race. Unfortunately, it retired after just six hours with a broken crankshaft, the RM Sotheby’s listing reveals.

The 550 GT1 missed most of the 2002 season but did compete (although it retired) in each of the final three rounds. It continued to compete throughout 2003 and claimed two victories at Italian GT races at the A1-Ring. The car went on to take three overall victories during the Italian GT Championship and came third in the standings. During this time it was occasionally driven by Toto Wolff, the current boss of the Mercedes F1 team.

Since being retired, the car has been comprehensively restored and features wears the same Red Bull livery it had in 2002.

The most expensive Ferrari 550 GT1 sold at auction fetched $4.29 million last year. Its value was increased by the fact that it won the 2004 Spa 24 Hours and secured the FIA GT Championship title that same year.