Ferrari is continuing the development of its much anticipated new hybrid V6 model, which will be the company’s first sports car with a six-cylinder engine since the Dino.

An ultra-rare Ferrari J50 is for sale for $3.6 million

Codenamed ‘F171’, the new Ferrari is going to rival supercars like the McLaren Artura, which also employs a hybridized V6 engine for its propulsion.

The latest spy shots now give us a first unofficial look at the upcoming Ferrari’s actual production body, although the full camo wrap together with the fake body extensions and exhaust tips try to mask as much of it as possible.

Watch: The Ferrari SF90 Stradale Blurs The Lines Between Supercars And Hypercars 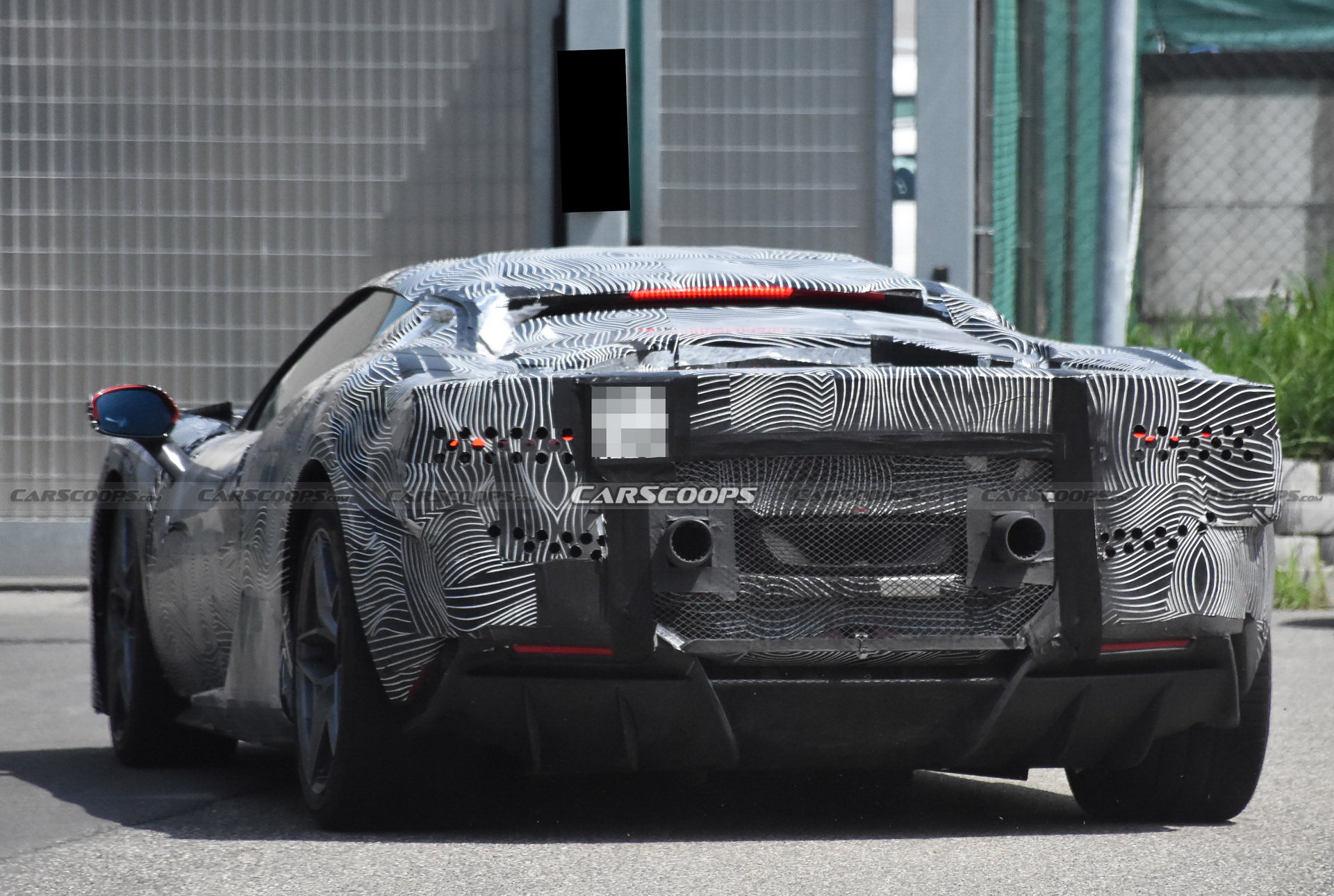 According to our spies, the two circular exhaust pipes are fake, with the real exhaust hiding between them and behind a fine mesh.

A V6 first time since the Dino

The new hybrid Ferrari is reportedly going to use a brand-new twin-turbo 3.0-liter V6 engine paired to an electric motor and, of course, a battery pack. There’s no solid information about the power output of Ferrari’s new hybrid powertrain but rumors suggest that it could be set at around 700 HP.

Unlike the hypercar-challenging SF90 and its electrically-driven front axle, the hybrid V6 Ferrari will be offered with rear-wheel-drive only, using its electric motor for things like torque fill, part-time power boosting, and as an anti-lag device. The pure EV range is expected to be at around 25 to 30 km (15 to 19 miles). 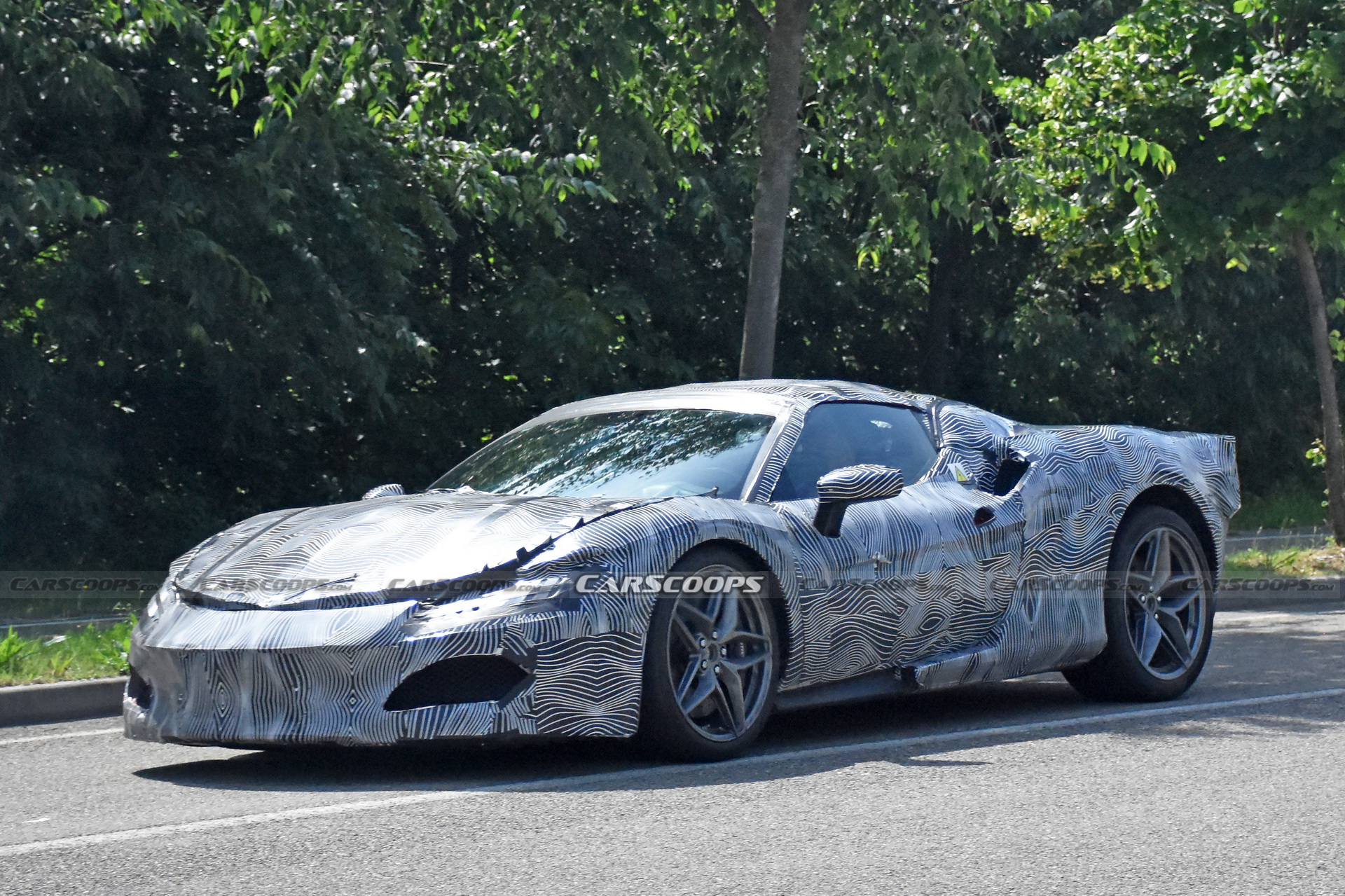 This new hybrid powertrain is very important for Ferrari, as it’s rumored to also be featured in the Purosangue SUV as well. The first Ferrari SUV is set to use a different version of the Roma’s modular underpinnings, with the platform itself capable of hosting V6, V8, and V12 engines.

“The philosophy is to try to be ready with different technologies in order to use them with the necessary evolution,” he added. “That’s why we have a wide range of engines: V12, V8, and, in the future, the V6.”

Ferrari’s hybrid V6 supercar is expected to make its official debut towards the end of the year.

An ultra-rare Ferrari J50 is for sale for $3.6 million

Carry A Big TV With A Ferrari Testarossa? Why, There’s A Whole Lotta Space Above The Engine | Carscoops

VW’s New T7 Multivan Doesn’t Come With An Ass Full Of Porsche 911 Motor, But This T3 Does | Carscoops