While all of the focus on Ferrari has been about the 812 “Limited Edition” in recent weeks, a single image has surfaced online that shows an even more remarkable Prancing Horse.

Details about this model are few are far between but it is allegedly dubbed the F125 TDE (Tour de España) and comes from the automaker’s Special Projects division. The design is, according to reports, the work of Touring Superleggera and beneath the wild bodywork is said to be a one-off based on the F12tdf.

This single image, shared online The Supercar Blog, shows the car wearing a set of Dubai license plates. The rear end sports a towering wing that stretches between the pronounced rear wheel arches and no taillights are visible, indicating that it doesn’t have any or, more likely since it wears license plates, uses thin strips of LEDs.

Other notable aspects of the Ferrari’s rear end include a large exhaust outlet on the rear decklid, a design that is becoming more prevalent across the industry but is usually reserved for mid-engined cars, and a sizeable diffuser.

Elsewhere, we can see that the car has all-new bodywork. There are radical side skirts, distinctive wing mirrors, and unique side windows. While we don’t yet have any photos showing the front end, we suspect it will be just as bold as the rear. 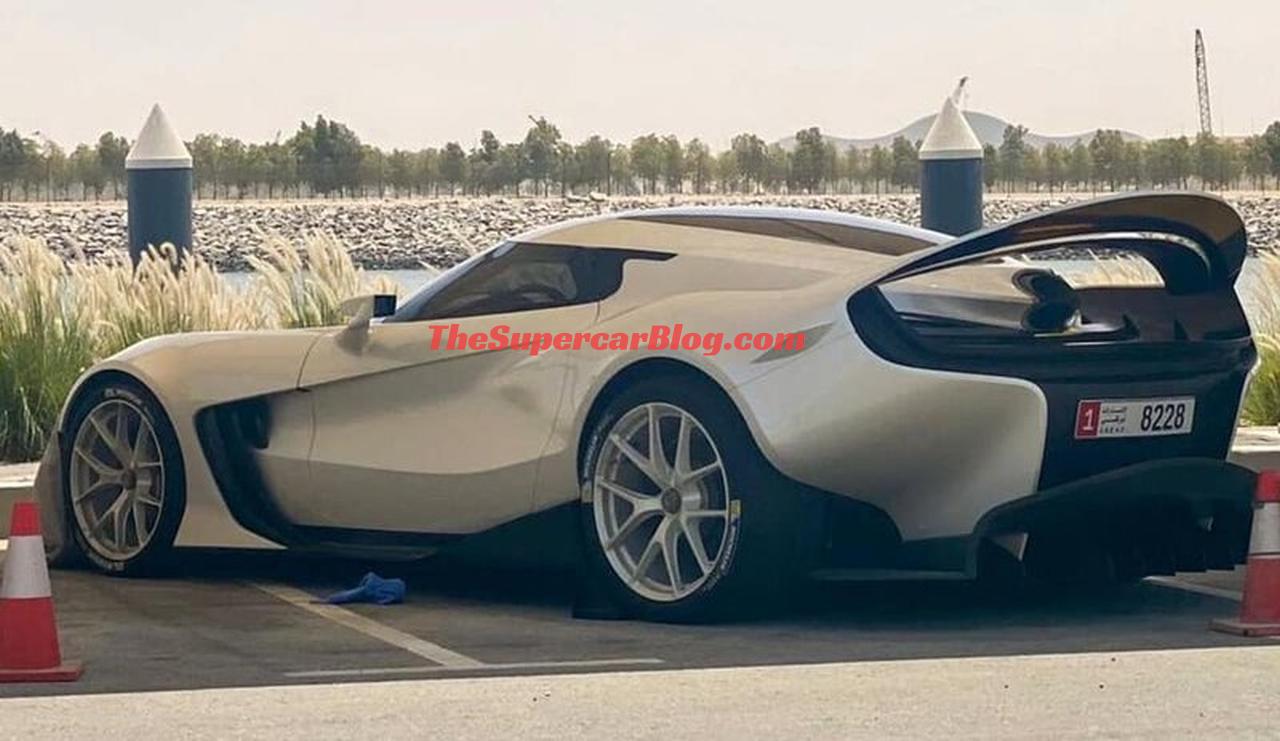 The Ferrari Testarossa Will Get To Sing At 9,000 RPM Thanks To Officine Fioravanti | Carscoops