Ferrari will soon enter the highly competitive SUV segment in a premiere with its own model, dubbed the Purosangue.

A challenger to the likes of the Lamborghini Urus, its arrival was confirmed a couple of years ago, and these past few months, we’ve seen it out in the open on different occasions. 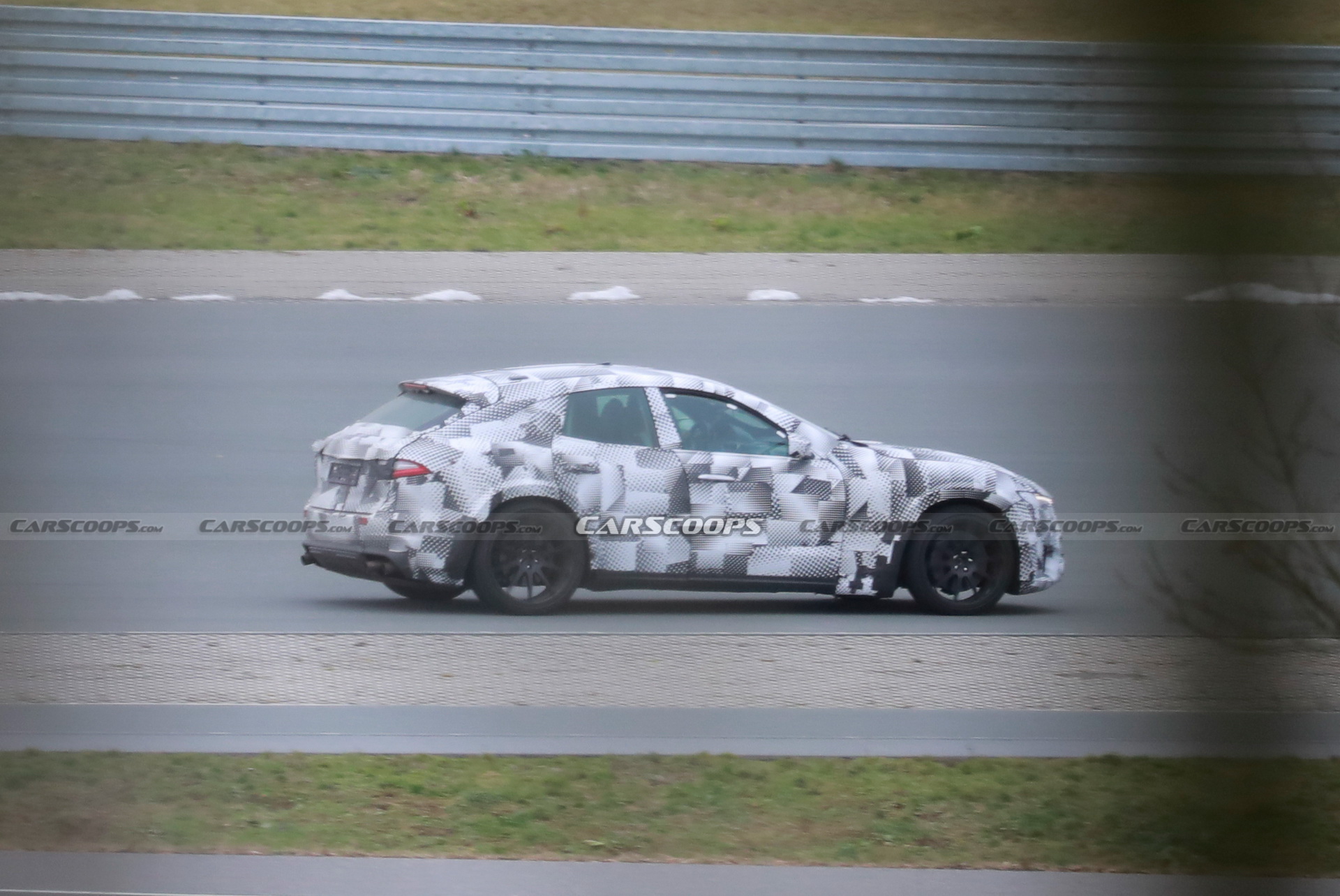 In this case, the mule was snapped at a secret testing facility, using the body of the Maserati Levante, with quite a few modifications. The biggest changes are the longer bonnet, the widened wheel arches, bigger grille, and larger air intakes in the front bumper, as well as the very low ground clearance that gives it the appearance of a hatchback.

The production version should look quite different, but since its design remains a well-preserved secret, there is nothing else to report on here. Thus, we will move on to the oily bits, which will likely include an all-wheel-drive system, a jacked-up ride height, special suspension, and other components, and we wouldn’t be surprised if they implement rear-wheel steering either.

Believed to replace the GTC4Lusso in Ferrari’s model range, the Purosangue might pack the same twin-turbo 3.9-liter V8, which is expected to be upgraded from the current 610 PS (601 HP / 449 kW) to around 650 PS (641 HP / 478 kW). An electrified variant of the Ferrari Purosangue is also rumored to be in the cards utilizing a V6 engine. Ferrari is expected to reveal the Purosangue in some form later this year, prior to its market launch in 2022.

This Mule Could Hide The LaFerrari Replacement, But Will It Have A V12? | Carscoops

Is This The Ferrari 812 “Versione Speciale” And What Happened To Its Rear Window? | Carscoops

Leaked! Feast Your Eyes On The Ferrari 812 Versione Speciale