The Tailor Mode program from Ferrari was introduced to create bespoke supercars, and while we’re not entirely sold on its latest project, there’s no denying that it is unique.

Immediately making this 488 Pista Spider stand out from all others we’ve seen is a paint finish known as Blu Elder. This paint has a distinctive shade of purple to it and is similar to Porsche’s Chromaflair as it has an pearlescent effect that gives it a gold flair under direct light.

Watch Also: Ferrari 488 Pista Faster On The Track Than The McLaren 720S And Porsche 911 GT2 RS 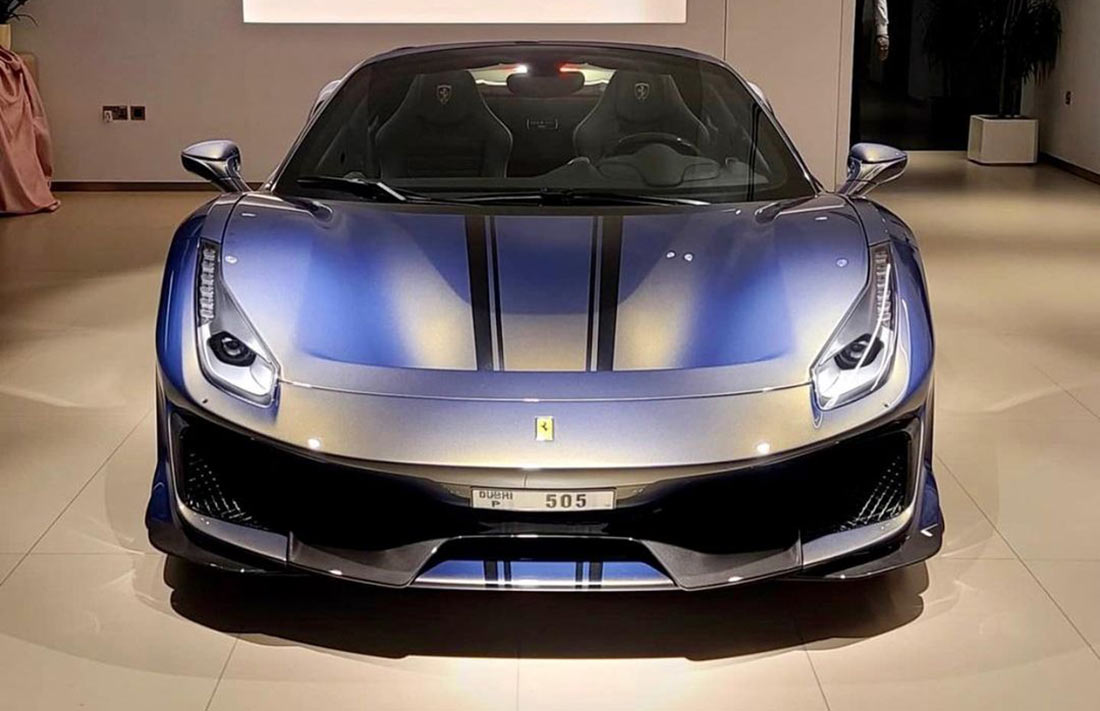 This 488 Pista Spider also features a plethora of other custom options. For example, there are racing stripes finished in Nero Setoso and Scuderia Shields on the front wheel arches as wellas a set of carbon fiber wheels.

The custom features continue in the cabin where there are a handful of accents painted in Blu Elder. Ferrari logos have also been embroidered into the headrests and the seats sport brown Cordura side inserts and black Cordura checker panels. The owner of the car also had Ferrari place the flag of Saudi Arabia on the center console.

Ferrari Is Building A Brand New Hypercar For Le Mans

Morgan Plus 8 GTR Brings Back the BMW N62 V8