Meet The Daltima, A Ute That’s Half Dodge Dakota, Half Nissan Altima | Carscoops

The weird vehicle you’re looking is dubbed the Daltima and, if you haven’t guessed by the name, is a combination of a Dodge Dakota and a Nissan Altima.

This bizarre creation was recently spotted in Alabama and according to the Reddit user that shared it online, combines the rear of a Dakota that had its front-end wrecked in a crash with the front-half of a Nissan Altima that suffered bad damage to its rear. Surprisingly, the two different vehicles actually merge better than one might have thought, creating a ute that would make any Aussie proud.

Read Also: Ram Dakota Mid-Size Truck Not Dead After All?

It’s difficult to determine if the ute uses the chassis of the Altima or the Dakota. It’s also quite possible that it features a combination of the two. Regardless of the underpinnings, the owner has clearly spent a considerable amount of time bringing the two together.

A custom paint job has been applied to the car that consists of white across the upper half and dark blue in the lower half of the body. Also visible are rails above the bed and what appears to be a large scoop on the hood. 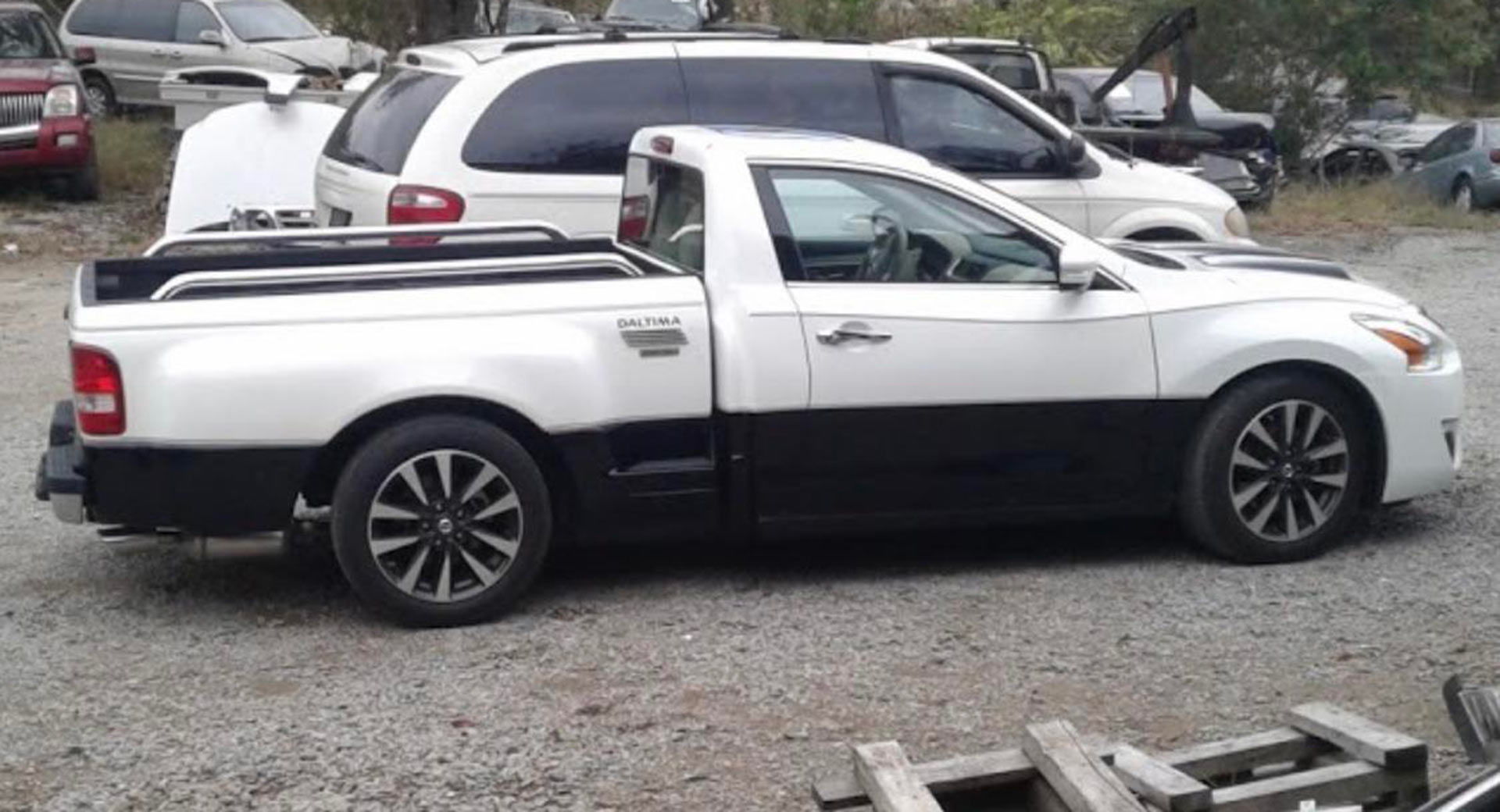