A modified 2017 Chevrolet Camaro 2SS that was displayed at the SEMA Show has surfaced for sale at a Texas dealer.

Like any good car at SEMA, this Camaro has undergone a handful of modifications that make it stand out from a regular model. Among the most obvious changes made is the fitment of tightly-spoked Forgiato wheels.

Elsewhere, the muscle car has been equipped with a handful of aerodynamic modifications that make it resemble a Camaro ZL1 1LE. For example, there is a large wing at the rear, an extended front splitter, and aerodynamic dive planes on the front bumper. 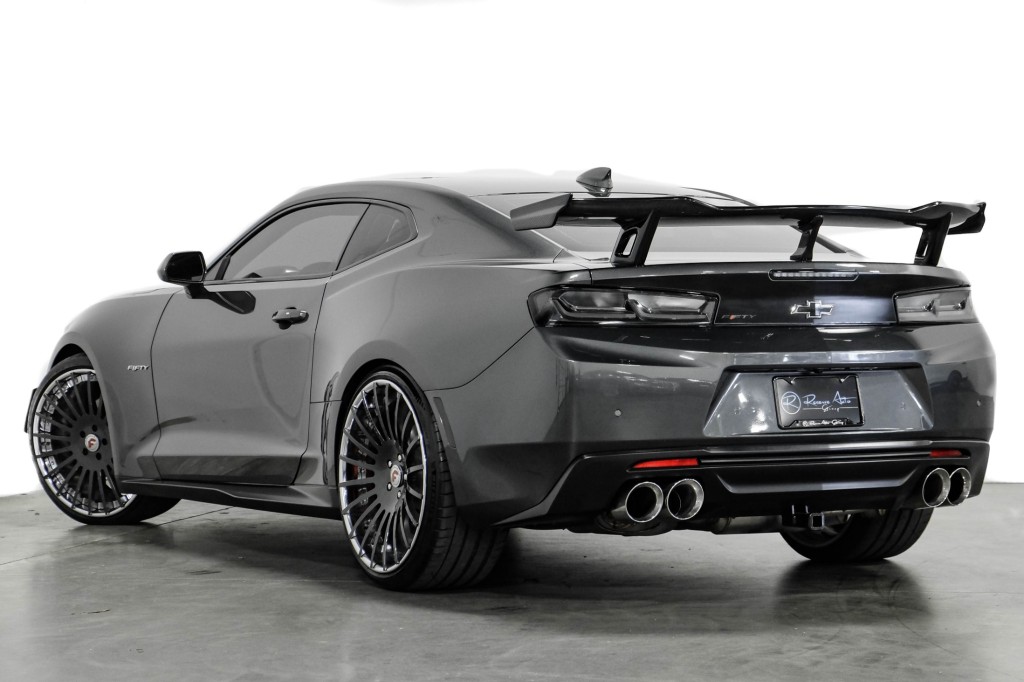 The base for the car is a 50th Anniversary Edition model, meaning it is painted in a special shade known as Nightfall Metallic Gray. The interior also has a number of unique features including backlit doorsill plates with the 50th Anniversary logo, black leather seats with suede inserts and orange accent stitching, and 50th Anniversary logos on the steering wheel, instrument panel, and seatbacks.

The Camaro 2SS is powered by a 6.2-liter naturally aspirated V8 with 455 hp and 455 lb-ft. This engine is mated to an automatic transmission driving the rear wheels and while the car doesn’t have the same grunt of the ZL1 like its aerodynamic kit may suggest, it still pumps out more than enough for the road.

If the SEMA tune hit a nerve, you can find it at Reserve Auto Group in Texas with an asking price of $46,896.