This Modern Day Chevy K5 Blazer Will Cost You $70,000 And A Tahoe, But It’s Fit For Royalty – Literally! | Carscoops

You may think that, with the multitude of automotive reboots we’ve been seeing, we’re due for a K5 Blazer revival.

Now’s The Perfect Time To Buy A Chevy Camaro

However, while General Motors did resurrect the nameplate in 2018, it was for a new crossover that slotted between the Equinox and the Traverse, rather than a rugged SUV. Now, thanks to Flat Out Autos, we have the closest to a modern interpretation of the K5 since GM showed us their eCrate Blazer, a K5 with the electric powertrain of the Bolt.

Better known for their Corvette restomods, the Northeast Arkansas-based shop has created their take on a modern-day K5 Blazer. Using a current Chevrolet Tahoe as a base, the Flat Out Autos team creates a classic-inspired truck that’s guaranteed to turn heads. 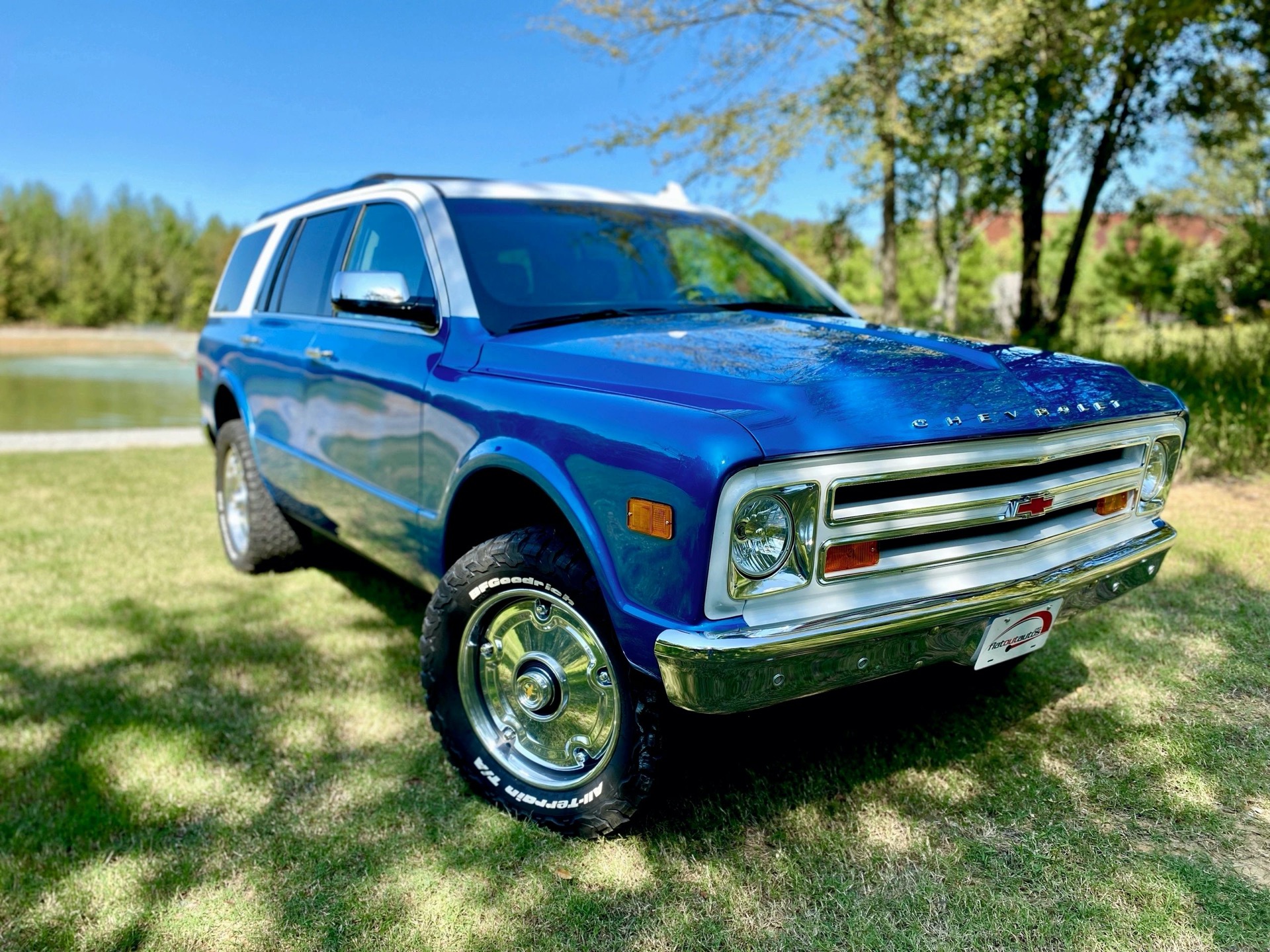 While it’s not the most faithful reproduction in terms of form factor, as there’s no getting around the Tahoe or Yukon’s 4-door body and very fixed roof, the work is carried out with a blend of reproduction K5 Blazer panels and some hand-crafted coachwork.

Having first appeared on our radar at the 2019 SEMA show, it’s only now that the initial conversions are seeing the light of day. “We had multiple pre-sales after SEMA, and went into production in January 2020,” Rob Hester, owner of Flat Out Autos told CarScoops. “The process took a little more time than anticipated, because we wanted to deliver a conversion that felt more like a production vehicle.” 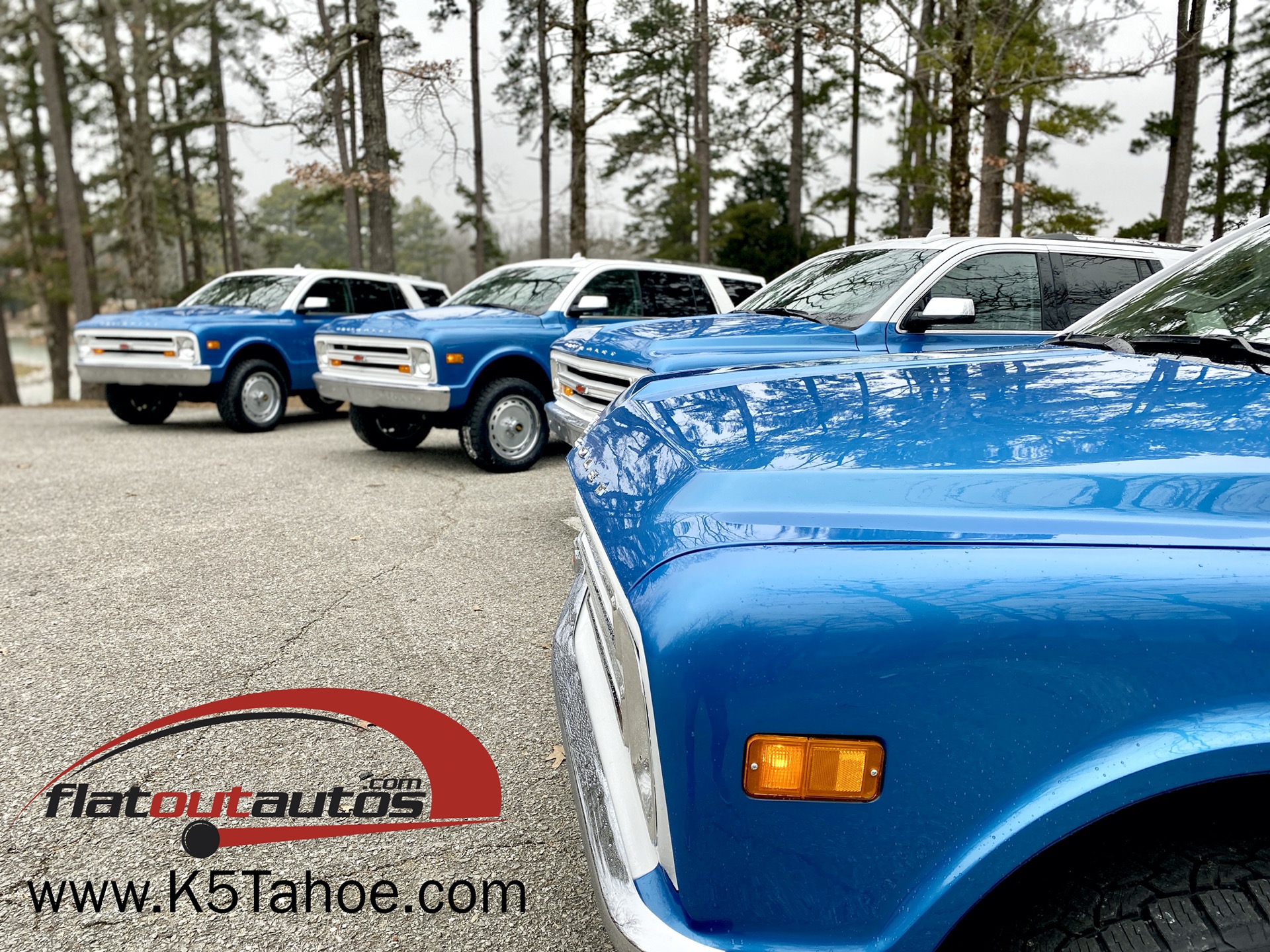 The process to convert the Tahoe into the K5 Blazer

Far more than just a quick bolt-on kit, the lengths to which Flat Out Autos has gone is truly impressive. The conversion process includes a tear-down of the original truck, where the Tahoe’s hood, fenders, bumpers are all removed. The doors’ outer skin is carefully peeled away, and so are the rear quarter panels and the section of the rear hatch below the glass.

The rebuild starts with the rear quarters, which are heavily modified K5 reproduction units. Then the rear wheel arches are extended all the way back to the rocker to match the rear doors. The doors themselves are hand-rolled and fabricated in-house. “We were adamant that we wanted these vehicles to last and hold up to daily use. That meant not piecing together reproduction sheet metal to make a door skin,” says Hester. “So we hand roll and fabricate our door skins in one piece just like the factory, and hammer and dolly them on the modified door structure that matches the classic profile.”

Next, the front fenders are modified to keep the wheels centered in the wheel well. The reproduction hood is also adjusted to match the cowl’s profile and altered so that the original Tahoe hood latch stays in place. 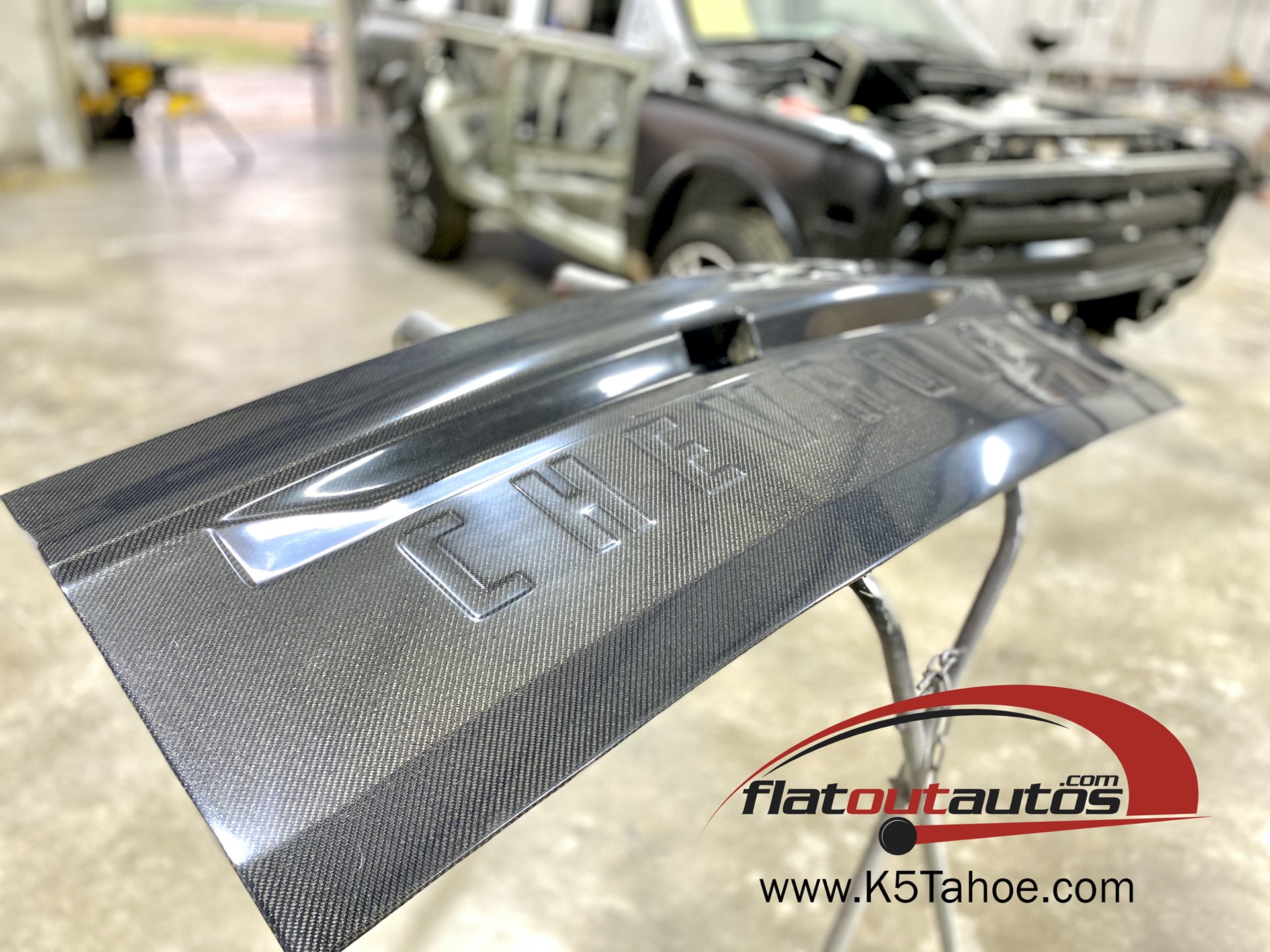 The rear hatch is made out of carbon fiber. “Using sheet metal for the hatch panel would be a bad idea for a couple of reasons,” explains Hester. “It’s way too heavy to replace the factory aluminum skin, and would never last the life of the vehicle.” By using carbon fiber, the customizing shop has perfectly matched the Tahoe’s original weight, ensuring it operates exactly as it should.

Last but not least, the conversion includes custom-designed and hand-milled billet aluminum door handles. Not only do they mimic the old-school looks of the K5 Blazer, but they match up to the original door mechanism and ensures that the keyless entry works flawlessly. Other options include multiple wheel choices and the possibility of retro-inspired seat inserts.

How much will it cost?

The entire job is estimated to take between 90-120 days, and comes at a cost. If you want what you see here, it’ll be $69,950 — that’s excluding the cost of the base car, which can either be supplied or procured by Flat Out Autos themselves. But it’s an all-in price, which includes everything from parts to labor and fabrication. You’re free to go with your own color choice, too (we’d recommend something pastel and period). 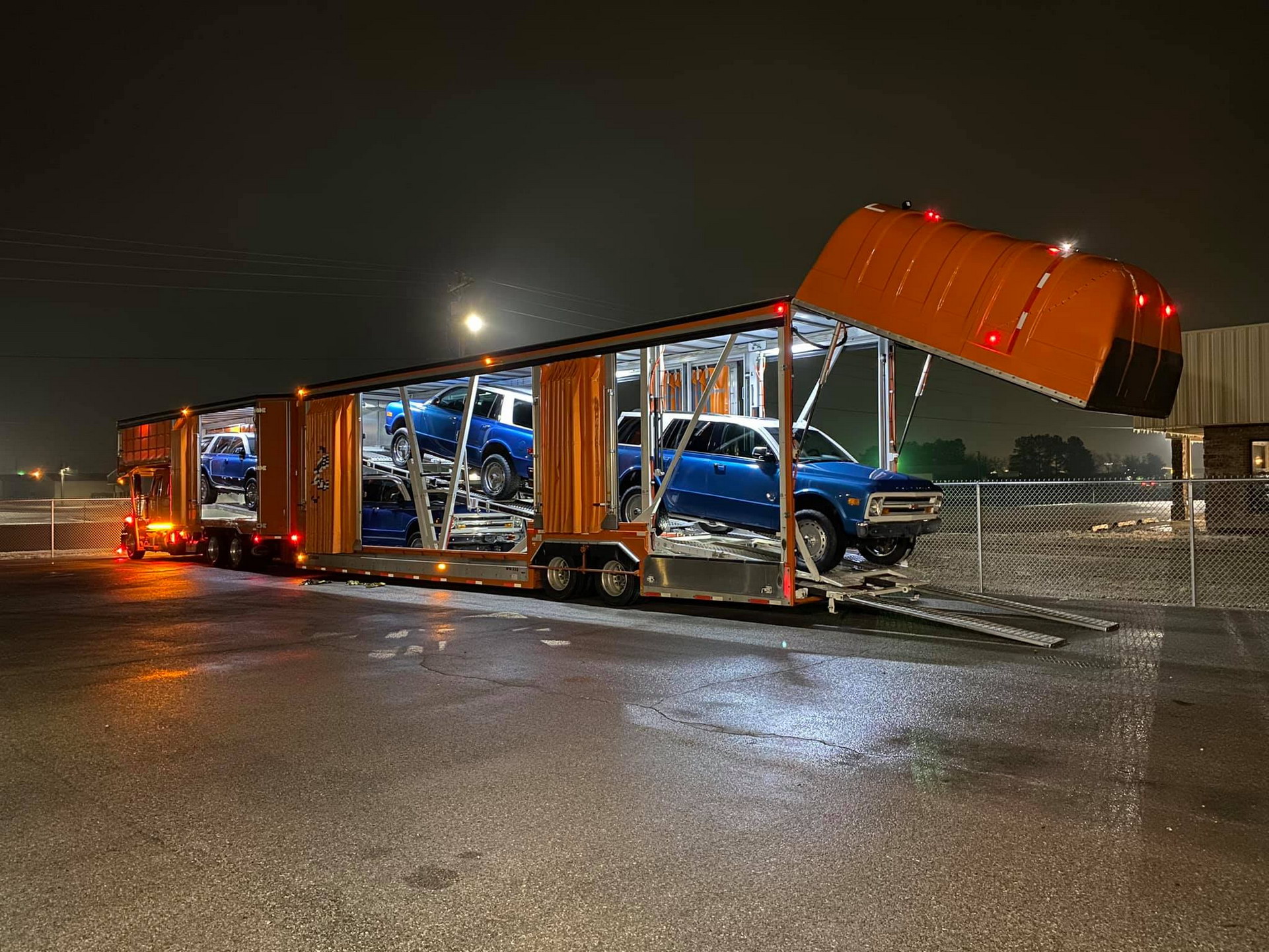 Hester expects demand to be at 10-20 cars per year, so the chances of you actually seeing one on the roads is quite slim. Slimmer still if you consider that four identical conversions have just been built, not for the States, but for members of the Abu Dhabi Royal Family.

The next two conversions will look different still: one is in ochre with a ’71 hood and fenders, while the other is a GMC Yukon Denali with the ’72 Jimmy Grille in a custom color. Customers aside from royalty include Chevrolet dealers across the country — and if that’s not a vote of confidence, we don’t know what is.

But what’s your say? There’s no denying the effort put into each build, but if you were in the market for a retro-inspired rig, would this K5 Blazer conversion tickle your fancy?

Thanks to FlatOutAutos for the pictures. If you’re interested in getting one of these re-imagined K5 Blazers, you can get in touch with the company over at the K5Tahoe page.

Now’s The Perfect Time To Buy A Chevy Camaro