The Chevrolet Corvette is the fastest-selling new vehicle in the United States for the third consecutive month and is joined by a number of other fast-selling vehicles from General Motors.

iSeeCars recently conducted an analysis of the top 20 fastest-selling new cars in the U.S. and found that on average, a new car takes 47.4 days to sell while the average used car takes 39.4 days to sell.

Read Also: In The Market For A Slightly Used Vehicle? Check Out These Models With The Biggest Savings 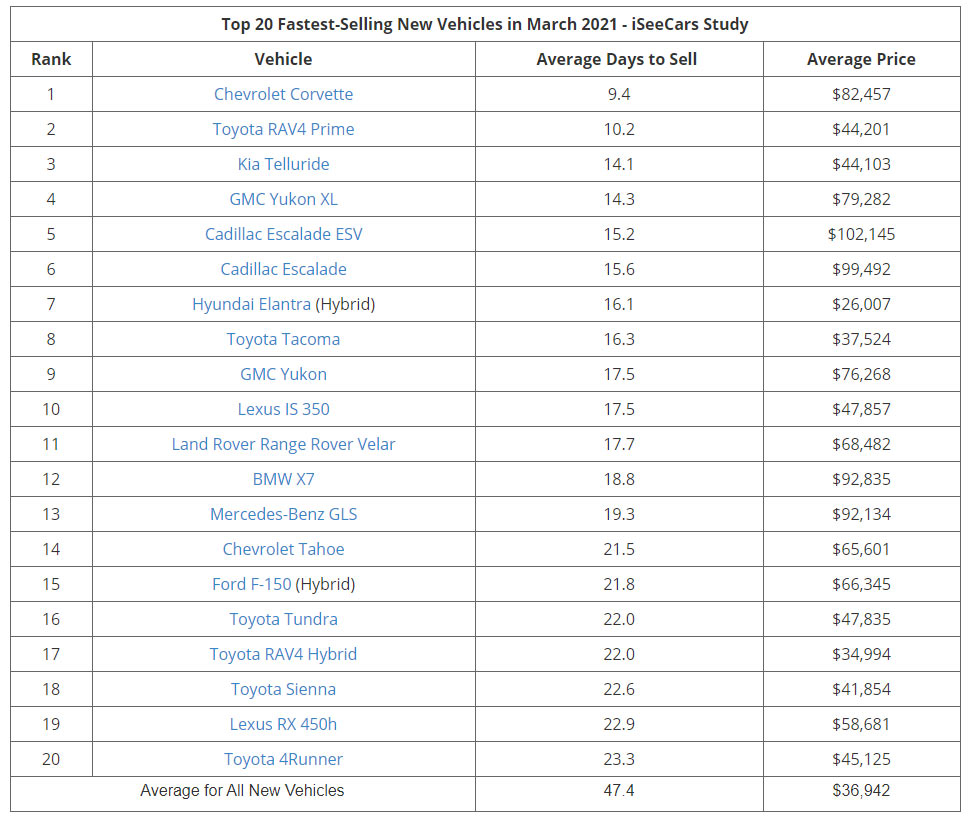 “March was a strong month for auto sales as consumers received their government stimulus checks and are likely looking to purchase vehicles ahead of anticipated inventory constraints from computer chip shortages,” iSeeCars executive analyst Karl Brauer said of the results. “While the demand for large SUVs and luxury vehicles has continued for the third consecutive month, many alternative fuel vehicles debuted on the list as gas prices continue to rise.” 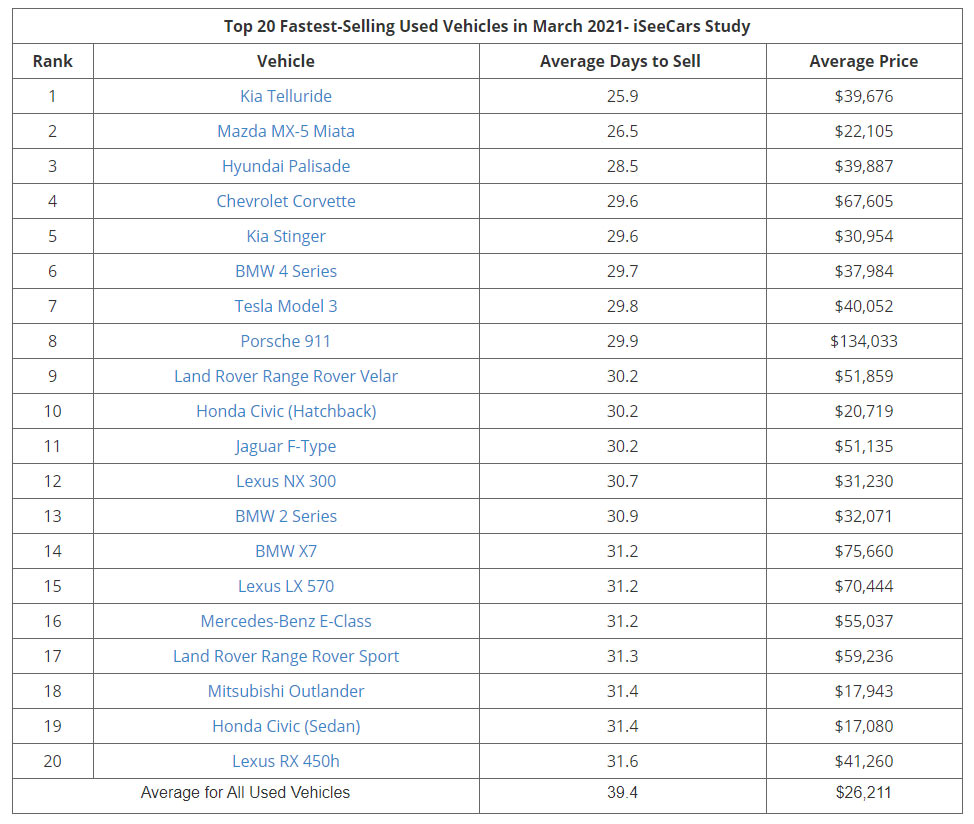