The Chevrolet Corvair was powered by an air-cooled, horizontally opposed six-cylinder engine mounted at the rear. And if that recipe, which landed it in hot waters with Ralph Nader’s 1965 book “Unsafe at Any Speed”, sounds familiar, it’s because it’s largely the same found in the Porsche 911.

It makes sense, then, that one would get the restomod treatment that is so popular among 911s. A Singer, though, this is not. Instead of being meticulously restored and improved with high-tech, aero-industry parts, this 1962 Corvair Monza body has simply been slapped onto a 2004 Chrysler Sebring Convertible chassis. 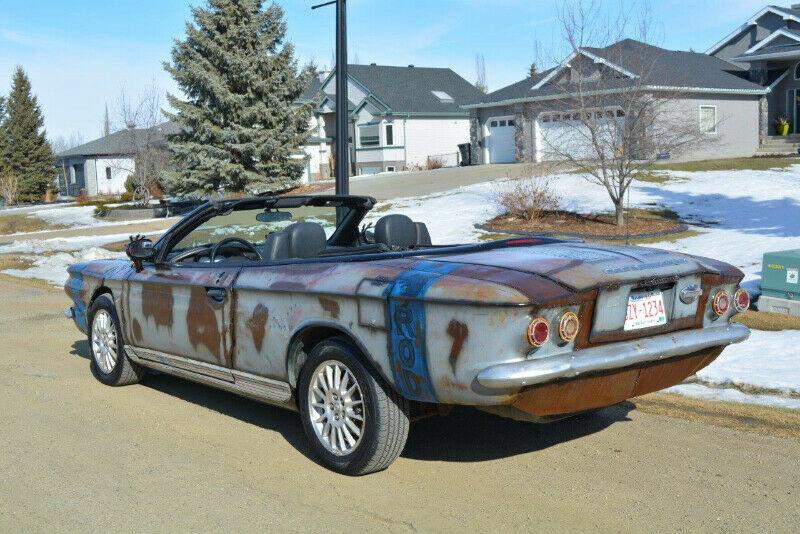 The drivetrain has, unsurprisingly, been left in Chrysler orientation. That means that the engine is up front, not the back, so the owner has fitted the car with a custom front-tilting hood, which is kinda nifty. The whole thing has also been airbrushed with clearcoat to preserve the original and painted patina. It features the finest “recent” tires and the power top is fully functional, featuring no rips or tears, while the cabin has power seats, power windows, and other luxuries.

“Runs and drives great and ready to enjoy,” says the seller in the ad. “Was recently cruising down the highway at 120 kph with the top down. Got tons of looks.”

For sale in Edmonton, Alberta, the price of this Corvair-Sebring was recently reduced to just $5,500 CAD ($4,467) on Kijiji.ca.

GM Pushes For Renewal Of Its US Federal EV Tax Credit

We’ve all said goodbye to an automotive friend. It isn’t easy