Here at CarScoops, we’re big fans of the Chevrolet Corvette, especially the new mid-engined C8, yet this story isn’t about the modern one, but its predecessor, the C7.

Nicknamed ‘The Defender’, this is is a military-themed 2016 Corvette Z06 finished in black with red accents and modified in large by Bad Boy Vettes, with Karl Kustoms of Des Moines, Iowa, giving it a custom airbrushing.

Driven: 2019 Chevrolet Corvette Z51 Proves How Great The C7 Is 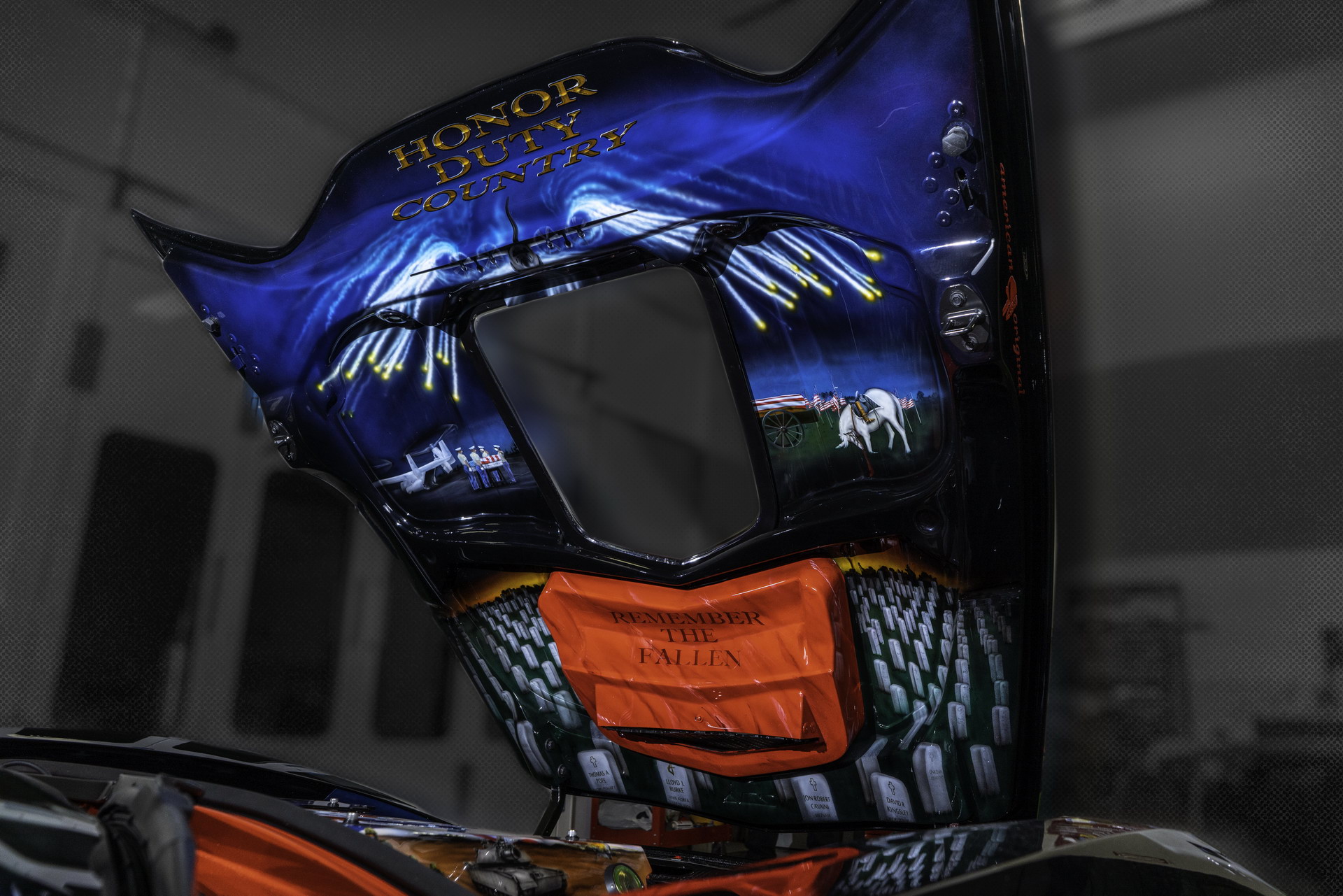 The car pays tribute to a military branch on nearly every panel, including the Army, Navy, Air Force, Marines and Coast Guard. However, it’s the images on the underside of the hood and in the engine bay that are truly impressive, as they portray an U.S. Army chopper firing at a Russian helicopter, the USS Iowa battle ship, a serviceman with a German shepherd, and the words ‘Honor, Duty, Country’.

Karl Kustoms painter Ed Birmingham spent many hours airbrushing the ‘Vette. “We did what we could to take this thing over the top. I sat there for hours doing the detail work. I spent more time than I would normally spend on a hood, but it all paid off”, he said.

“It is a privilege to take on a custom project like this and use our skills to honor our nation’s military”, added digital marketing specialist Clint Quesinberry. “This Memorial Day, we are proud to recognize those who served.”

Should you want to see the car in the flesh, then you will have to visit the Corvette Museum in Bowling Green, Kentucky, where it will be on display until the end of the year. Subsequently, it will embark on a long journey across the country, where it will take part in “up to a dozen or more events”.

2022 Chevrolet Traverse Gets A Price Hike