Chevrolet has revealed the three cars that will be used to pace the three NASCAR races at this weekend’s Daytona International Speedway.

On Friday, a Silverado 1500 RST will pace the NASCAR Camping World Truck Series’ NextEra Energy 250 while on Saturday, a Camaro SS 1LE will lead the field in the Xfinity Series’ Beef. It’s What’s For Dinner 300. Meanwhile, a special Chevrolet Corvette Stingray will serve as the pace car for the Daytona 500 on Sunday.

Read Also: Sylvester Stallone Picks Up The Keys To A C8 Corvette Convertible

The trio of Chevrolet vehicles feature the Corvette’s Rapid Blue paint option which will also be offered on the 2022 Camaro. They also feature red, white and black accents inspired by the 2021 Daytona 500 logo. This year marks the sixth time that a Corvette has paced the Daytona 500 and the 14th time that a Chevrolet has served as pace car. 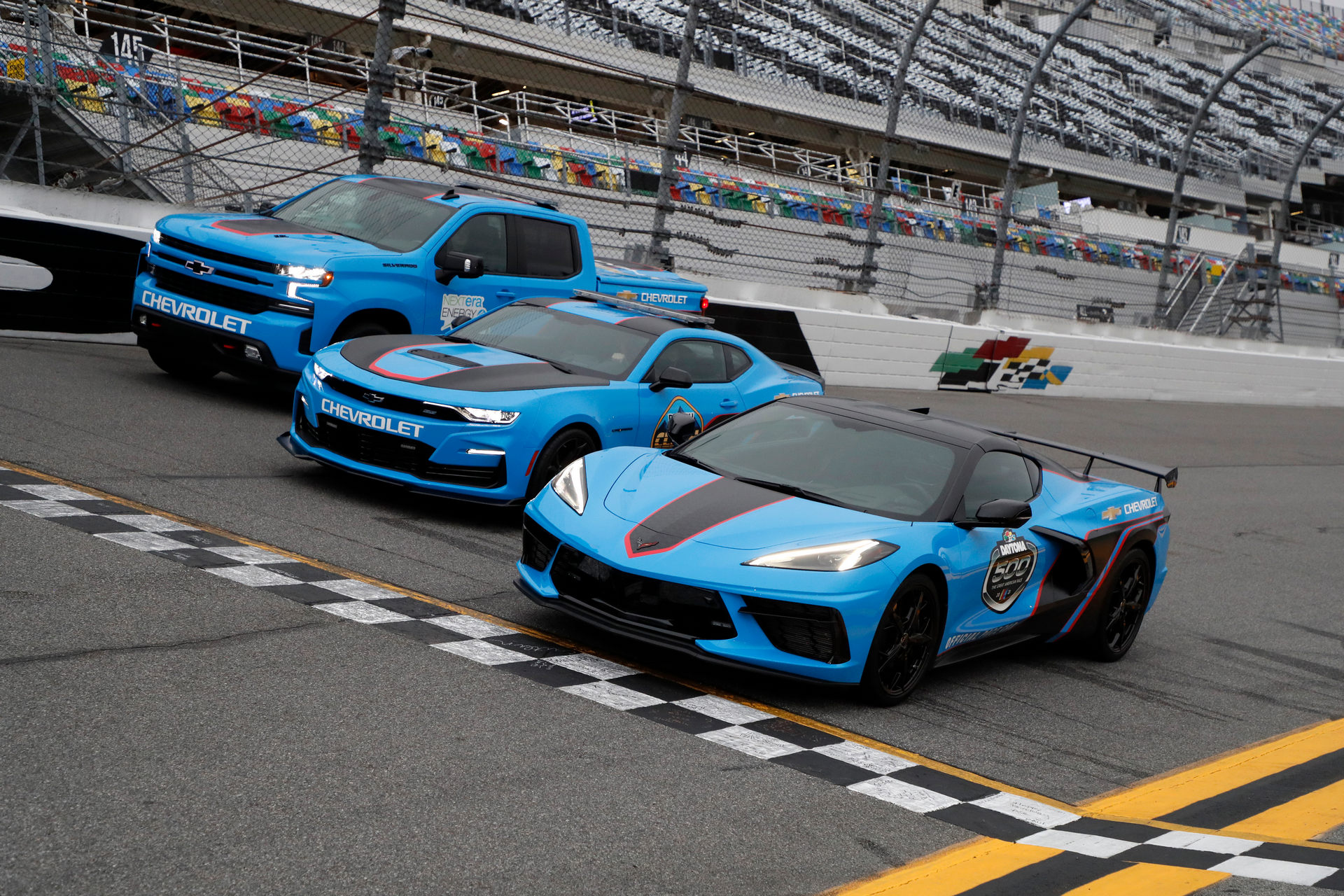 The Corvette Stingray, Camaro SS 1LE, and Silverado 1500 RST all feature 6.2-liter naturally-aspirated V8 engines. With 420 hp, the pickup truck brings up the rear and is followed by the Camaro with its 455 hp and the Corvette with its 495 hp.

“Coming off of a successful 2020 on track in all three NASCAR national series, our drivers and teams are fired up and looking to put Chevrolet back in Victory Lane, starting at Daytona,” director of Chevrolet Car and Crossover Marketing Tony Johnson said in a statement. “In addition to exciting green-flag racing, we’re really looking forward to showing off the Daytona 500 Corvette Stingray pace car and so much more for race fans Saturday during the ‘Live from Daytona’ broadcast presented by Chevy MyWay.”

Callaway’s 602-HP Silverado Is Faster Than A TRX

FedEx delivery trucks to be all EVs by 2040