“No more new gas-powered cars.” That’s what Cadillac said at the launch of the electric Lyriq SUV last month when it claimed every new model launched would be battery-powered as it moved toward becoming an EV-only brand by 2030. But the quad tailpipes on this heavily camouflaged Escalade tell a different story.

Believed to be the upcoming Escalade V, this development car spotted testing with some mysterious high performance Corvettes – and a Ferrari 458 – is allegedly powered by Cadillac’s supercharged 6.2-liter V8. As fitted to the CT5-V Blackwing, the LT4 V8 makes 668 hp and a thumping 659 lb ft of torque – numbers that would make an Escalade V more than a match for rivals like the 603 hp Mercedes-AMG GLS 63.

Escalades currently on sale feature either a 6.2-litre naturally aspirated V8 pushing out 420 hp  and 460 lb-ft or a 3.0-liter Duramax diesel with 277 HP and 460 lb-ft  and have their tailpipes integrated into the rear bumper. But the highly visible quad pipes on this development car are clearly designed to mark this model out as a performance SUV. They also look uncannily like the tailpipe finishers on models like the CT4 and CT5-V.

Other giveaways just about visible through the disguise include a redesigned front fascia with more prominent lower air intakes, a deeper chin spoiler and the crosshatch mesh inserts seen on other Cadillac V cars.

Related: 2022 Cadillac CT5-V Blackwing Has A 6-Speed Manual And More Power Than The BMW M5 CS 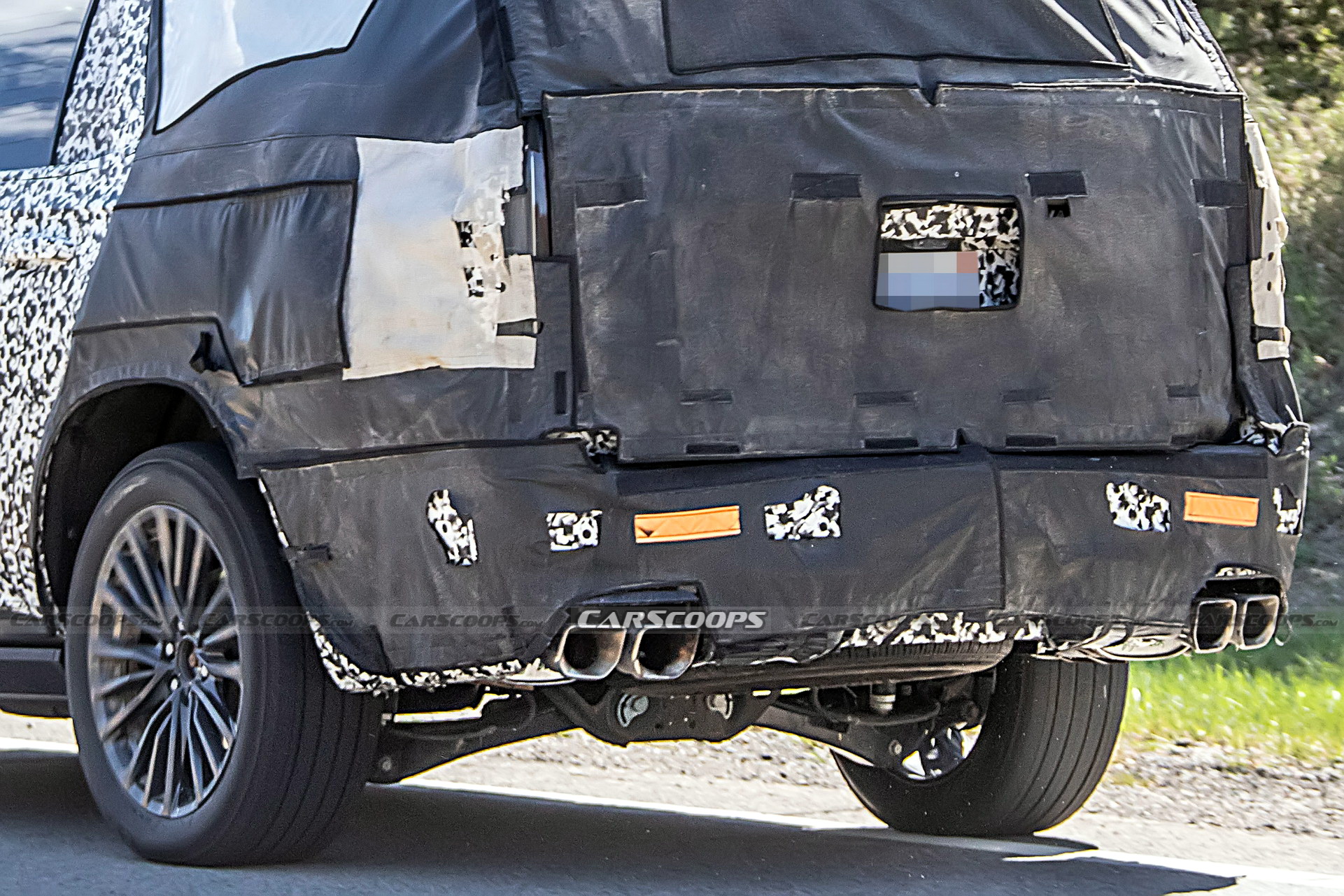 One final clue comes under the arches in the shape of a brand new wheel design. Exactly how big the rolling stock is, remains to be seen, but it’s unlikely to go bigger than the 22-inches already available on the Escalade Sport Platinum.

Cadillac hasn’t admitted the existence of an Escalade V, and has denied it is developing a Blackwing version. But it’s likely that Cadillac’s no-new-gas-cars pronouncement referred to brand new vehicles, rather than modern derivatives. Because on this evidence it looks like there’s some fight in the old ICE dog yet.