Cadillac is currently testing the all-electric Lyriq and has just released an official ‘spy shot.’

The car manufacturer first previewed the Lyriq with a show car in August 2020 and confirmed the production model would look largely the same. This photo was shared to LinkedIn by Cadillac’s vice president of North America sales, service and marketing, Mahmoud Samara, and shows a prototype covered in camouflage.

This particular prototype is being tested at General Motors’ testing facilities in Michigan and has a very similar shape to the original Lyriq show car. As such, we can see the same long wheelbase and short front and rear overhangs. The production-spec Lyriq also features a steeply raked rear window and thick C-pillars.

Underpinning the production model will be GM’s modular EV platform that comes complete with its Ultium battery pack. The flagship model will sport a 100 kWh battery and be good for over 300 miles (482 km) of range on a single charge. It will also be 150 kW DC fast-charging compatible and be sold in rear- and all-wheel drive configurations.

Much like the show car, the production-spec Lyriq is expected to feature an expansive 33-inch LED display encompassing the digital instrument cluster and infotainment screen. This screen features over a billion colors and is said to have the highest pixel density count of any screen used in the automotive industry.

Cadillac will commence production of the Lyriq at its Spring Hill assembly plant in Tennessee in the first quarter of 2022. 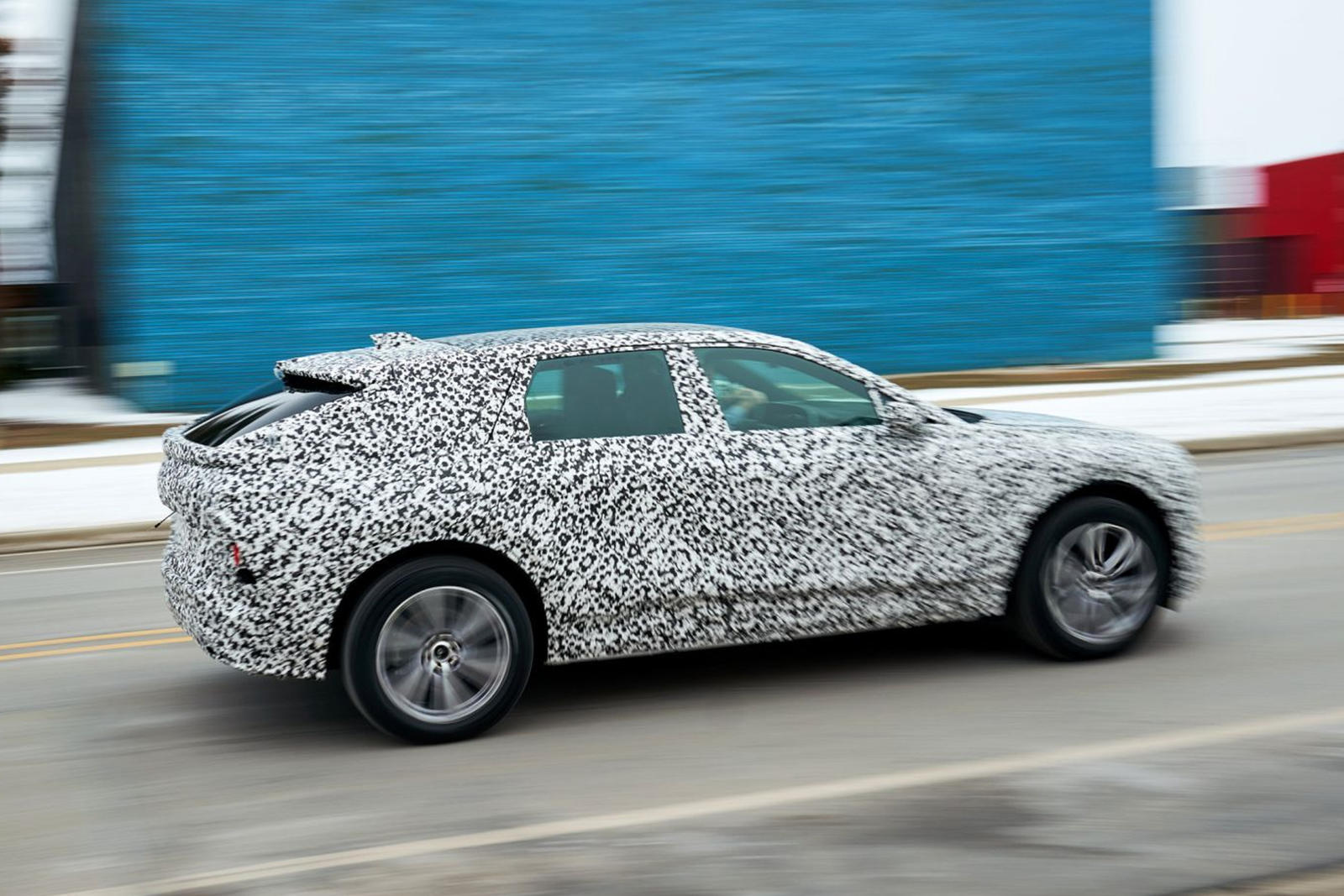