BMW pulled the wraps off the M4 Competition Convertible earlier this week and now attention is turning to the final member of the M3/M4 family.

We’re talking about the M3 Touring, which was recently caught undergoing testing in Munich.

Designed to battle the Audi RS4 Avant and Mercedes-AMG C63 Estate, the high-performance wagon follows in the footsteps of the M3 sedan and features an aggressive front bumper with a sizeable schnoz. Moving further back, there are aerodynamic mirror caps, sporty side skirts and lightweight wheels that are backed up by a high-performance braking system with golden calipers. 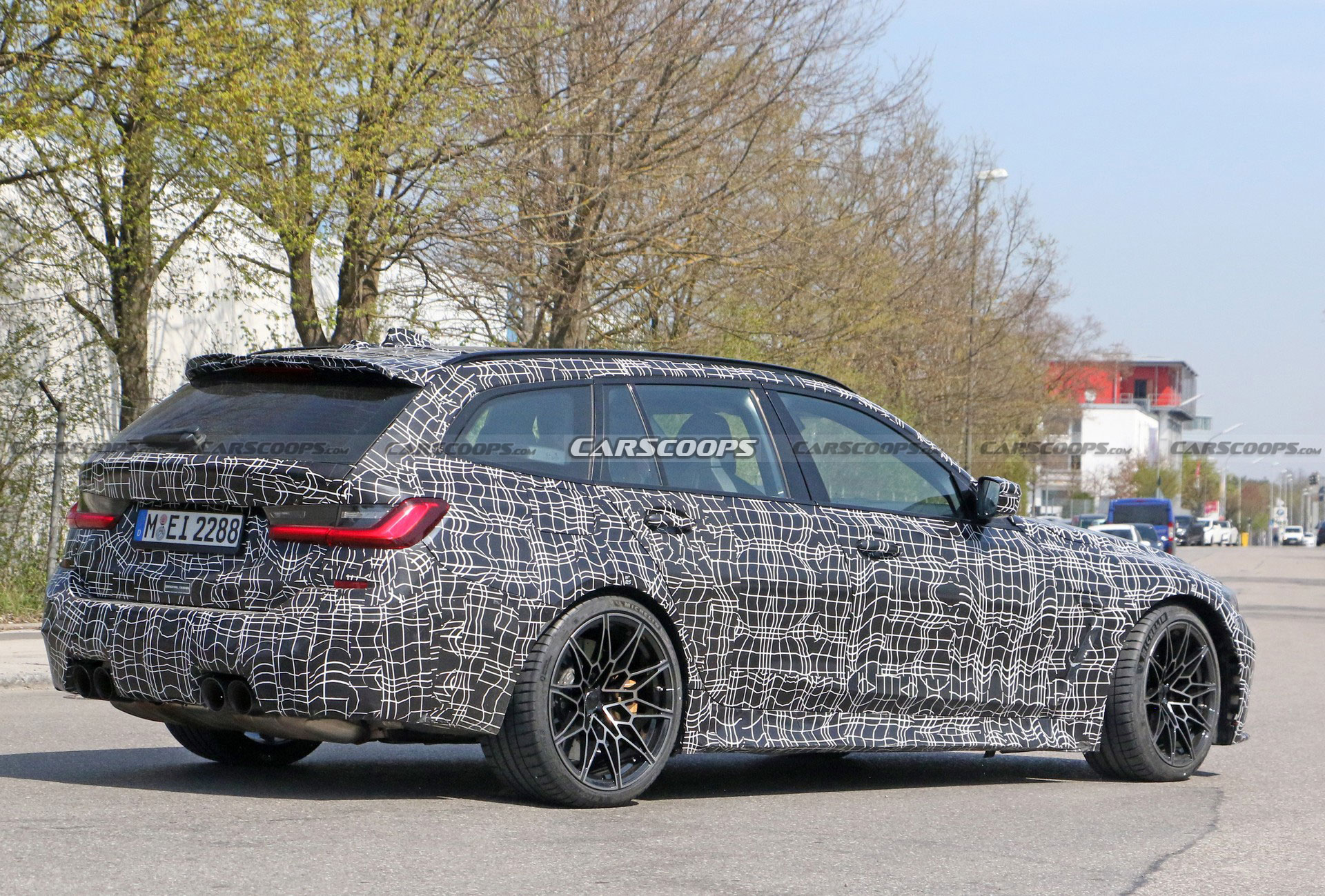 The rear end is more notable as this is the first fully fledged M wagon. It closely echoes the standard model and this means we can expect a spacious boot that can hold up to 53.3 cubic feet (1510 liters) of luggage.

Fans can also look forward to a Competition variant that has an upgraded engine producing 503 hp (375 kW / 510 PS) and 479 lb-ft (650 Nm) of torque. It will come packaged with a rear-biased all-wheel drive system and it should enable the model to hit 60 mph (96 km/h) in less than four seconds.

When BMW announced the M3 Touring in 2020, it said it was in the early stages of its approximately two-year development process, which suggests that the wagon won’t arrive until next year.

How Much Faster Is The BMW M5 In All-Wheel Drive Than In RWD Mode? | Carscoops

Tesla Model S Plaid breaks all the records in first independent test, but 0-60 mph has a caveat – Electrek