Modern cars are big, heavy, and oftentimes, quite cumbersome. This 1959 BMW Isetta 300, currently up for auction through Bring A Trailer, is none of those things.

Adorning the cute exterior of the Isetta is mint green paint and it also features chrome bumpers, a rear luggage rack, a grey fabric folding sunroof, and a driver-side wing mirror. The listing adds that the car was purchased by the selling dealer two years ago and has since benefited from a rebuild of the engine and transmission. It is being offered with service manuals and a clean Michigan title.

Watch Also: The Isetta Is The Most Quirky Car To Ever Wear BMW’s Roundel 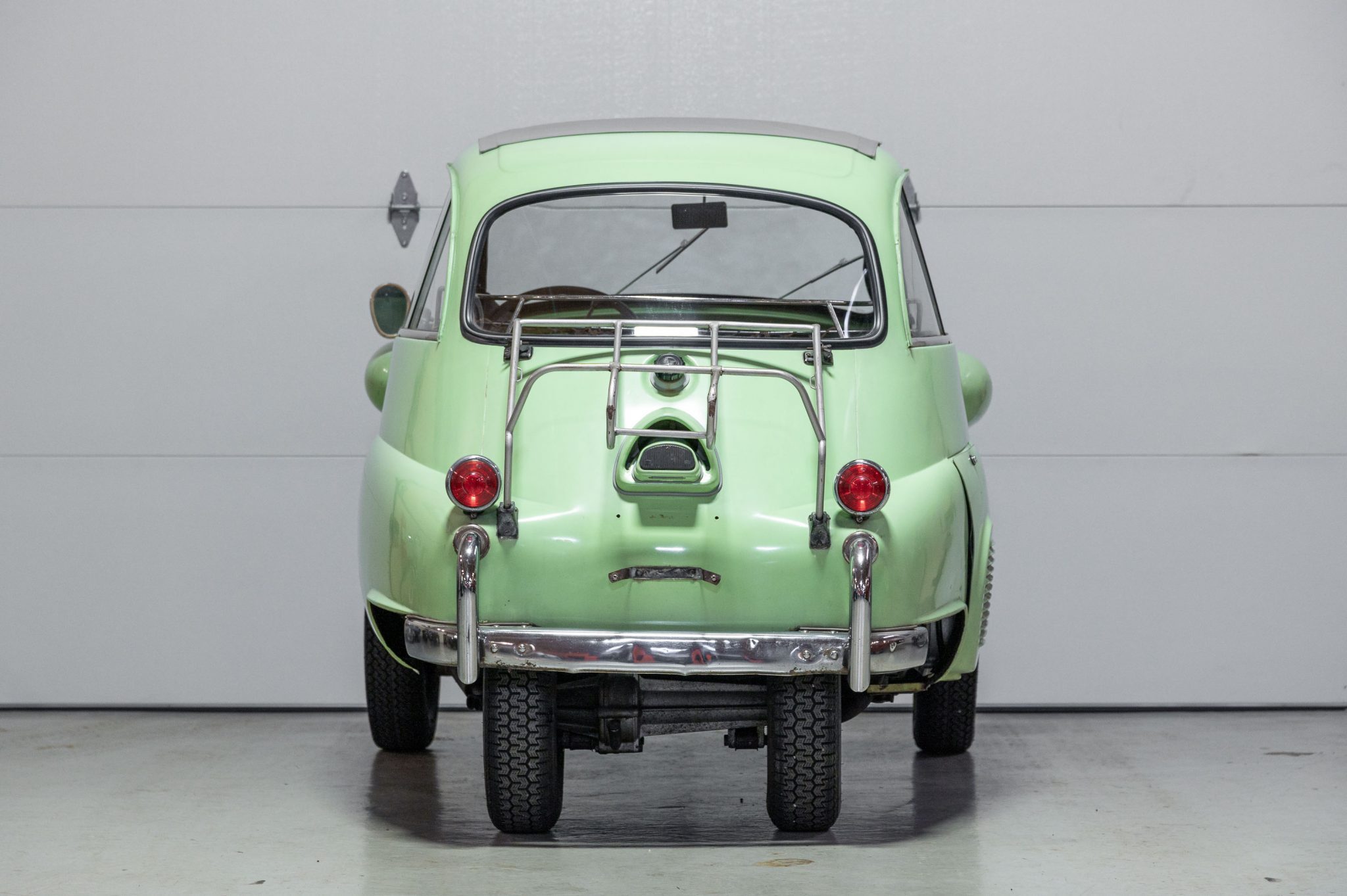 Given the car’s age, it is no surprise that the exterior isn’t free of blemishes and has a dent on the engine cover and rock chips across the bodywork. It sits on black 10-inch steel wheels with BMW hubcaps that are wrapped in Camac BN 313 tires at the front and Michelin XZX ones at the rear. The front two wheels have drum brakes while there is a single drum brake at the right rear wheel.

As for the tiny interior, it features a bench seat that was re-trimmed in grey upholstery by the seller. The listing mentions that the carpeting was also replaced and there’s also a parcel rack at the rear, a map pocket, and dual sun visors. A look at the odometer confirms the car has been driven 16,000 miles (~26,000 km).

Driving the BMW Isetta is a single-cylinder 298cc engine that sends power to the rear wheels courtesy of a four-speed manual transmission.

The World’s Craziest RV Is An Airplane With A Jacuzzi