in BMW
A A

BMW is back with another episode of the “Inside BMW Group Classic” series, this time detailing a quite interesting concept car from the ’90s. The never-before-seen ZBF-7er prototype was a design study previewing the future of the 7-Series flagship, featuring a large kidney grille and a luxury interior that was definitely ahead of its time.

In the video, design veteran Joji Nagashima, known for his work on popular models like the E36 3-Series and the Z3 Roadster, presents the concept car as a member of the design team. In the early ’90s, they were creating studies for the future of BMW’s sedan family including the 3-Series, 5-Series, and 7-Series.

The ZBF-7er had a larger footprint than the gorgeous E38 7-Series that was in production at the time. The vertical design of the kidney grille which looks like giant nostrils must have been too quirky for the ’90s. However, we have to agree that it is simpler, and a lot better integrated with the rest of the car compared to the modern G22 4 Series. The signature grille is combined with a tall bonnet, horizontally arranged headlights, and chrome strips on the fully integrated front bumper.

The profile of the car spots a window-line that is quite similar to the E65 7-Series that followed in 2001. What is interesting is that the ZBF-7er has pop-up door handles and mirror-replacing cameras, two aerodynamically optimized features that are being incorporated in production models today, almost three decades later. 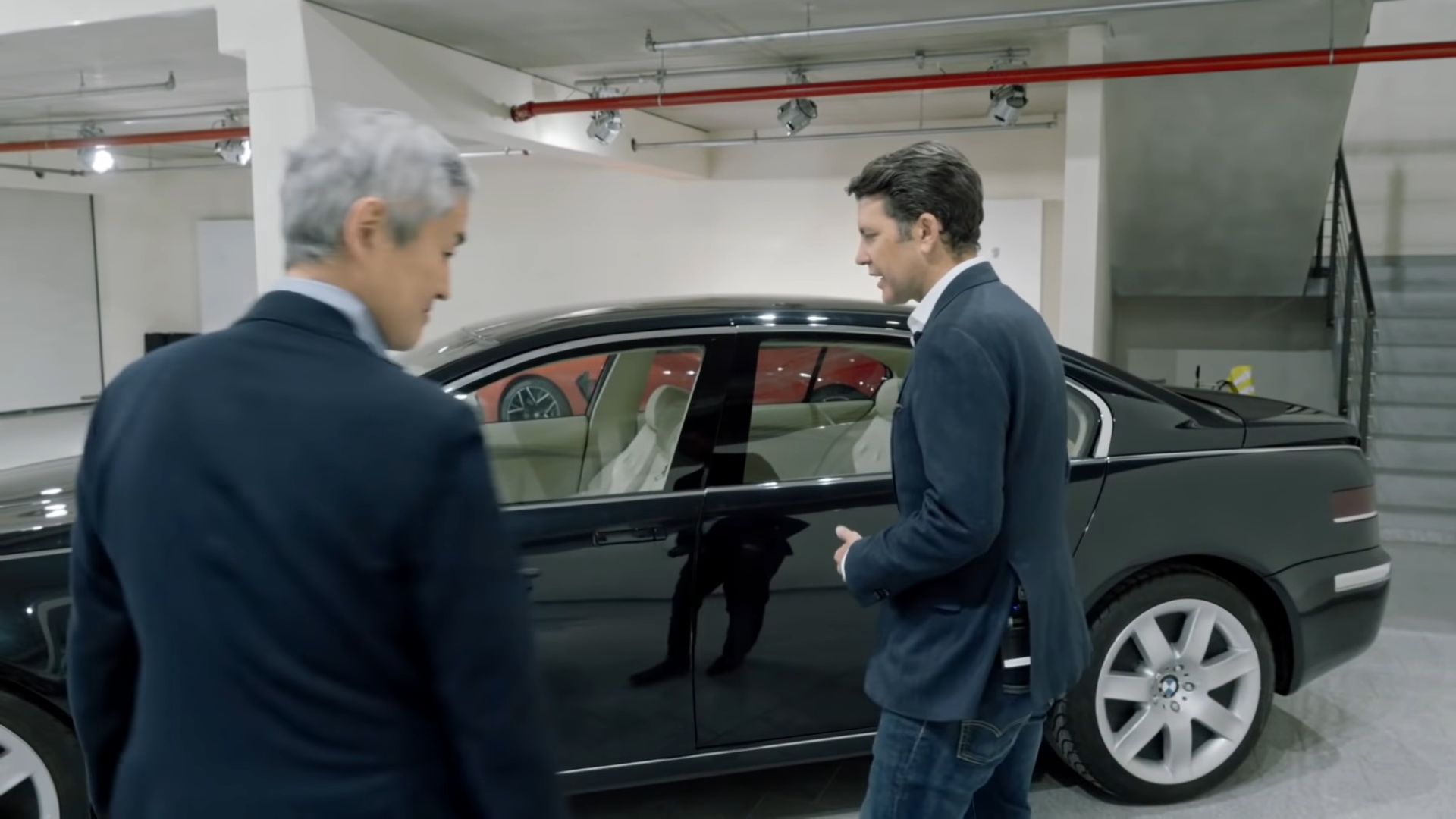 The bodywork is minimal with no character lines and a discreet chrome accent from the front to the rear. All body panels were made from metal, hand-beaten in Italy using old coachbuilding techniques. The only decorative element on the profile is the enormous BMW side scuttles finished in chrome, which the designer thought were appropriate for the long wheelbase.

The toned-up fenders are filled with large-diameter rims. According to Nagashima, the largest available wheels at the time were 19 inches, so they had to order custom-made hand-cut tires for the concept. The cameraman doesn’t show us the rear end but from the side view, we can see the elongated and horizontal taillights above the matching chrome accents on the rear bumper. 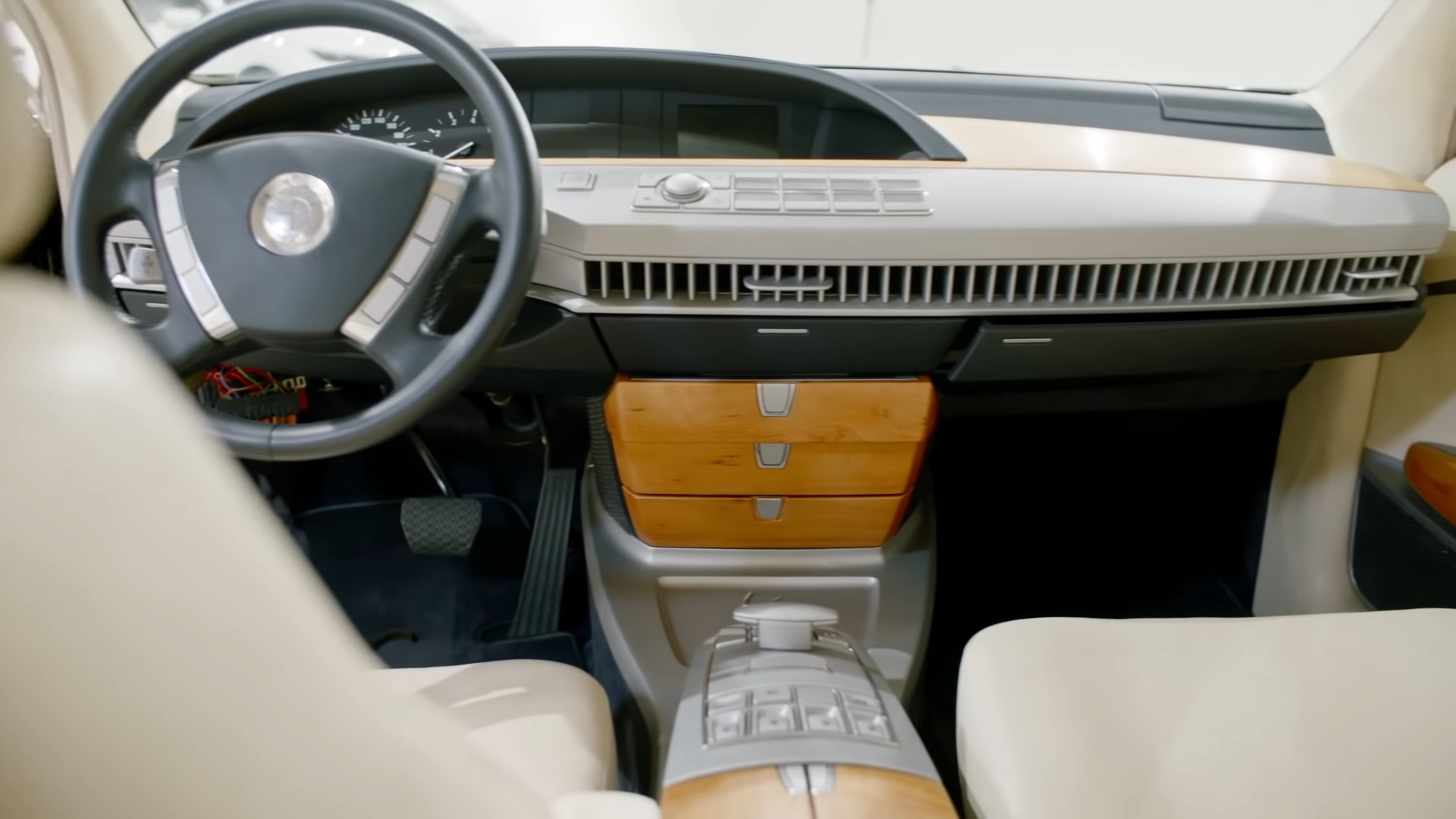 If the outside was too cool for the ’90s, the inside was futuristic. The infotainment screen might look tiny for today’s standards but the fact that it is connected with the analog instrument cluster is future predictive. Another feature that is now a design trend in the automotive industry is the connected climate vents in the center of the dashboard.

All the buttons are arranged on the center tunnel, the steering wheel, or the top of the dashboard, allowing space in the center console for several drawers. Wood and metal are combined with light-color upholstery for the seats and darker wood for the lower part of the cabin.

As is the case with every limousine, the rear passengers didn’t go unnoticed. They got laptops integrated on the seatback, an expandable table, and a group of buttons that looks like a predecessor of BMW’s iDrive that debuted a lot later in all of its production models. 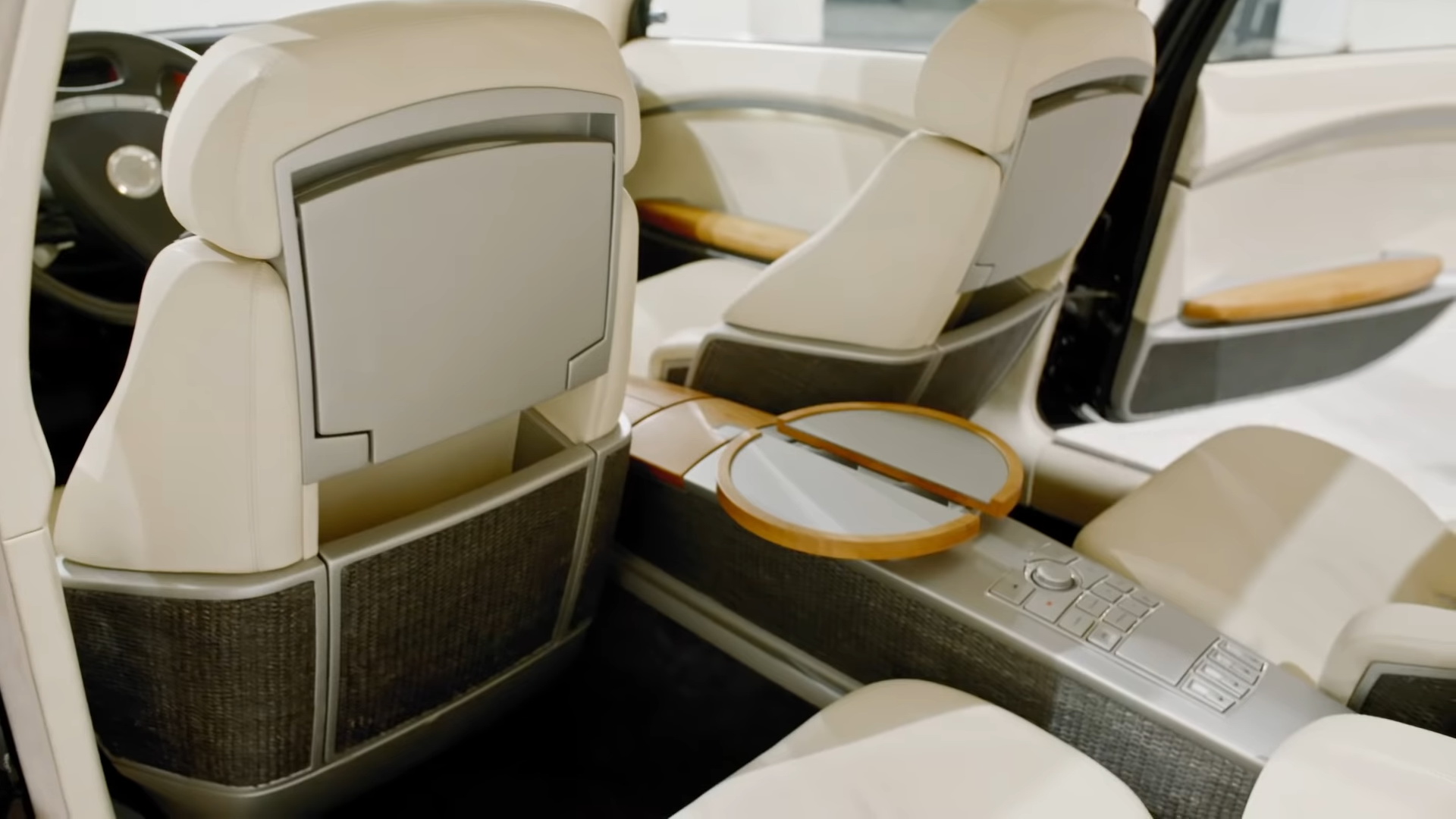 Nagashima said that back in the ’90s, the prototype was well-received by the members of the board, and everyone in BMW loved it. Even though a lot of elements from the ZBF-7er found their way into later production models, the video doesn’t explain why it wasn’t presented to the public as a concept car and what followed the end of its development.

If you were a BMW executive, would you want more of the ZBF-7er’s design passed on to Chris Bangle’s E65 7 Series?