Last week we reported on replica G80 grilles being sold online and now we have yet another example of a front end swap.

The “double-coffin” grille has been spotted on an F30 3-Series in a parking garage and sent to us by a reader. It perhaps shouldn’t come as a surprise that this fascia works better on a 3-Series (even if it’s the wrong one) than it did on the 5-Series.

As with the G80 M3, the grille looks does end up looking disproportionate, but at least it doesn’t look like it’s sliding off like it did on the E60. 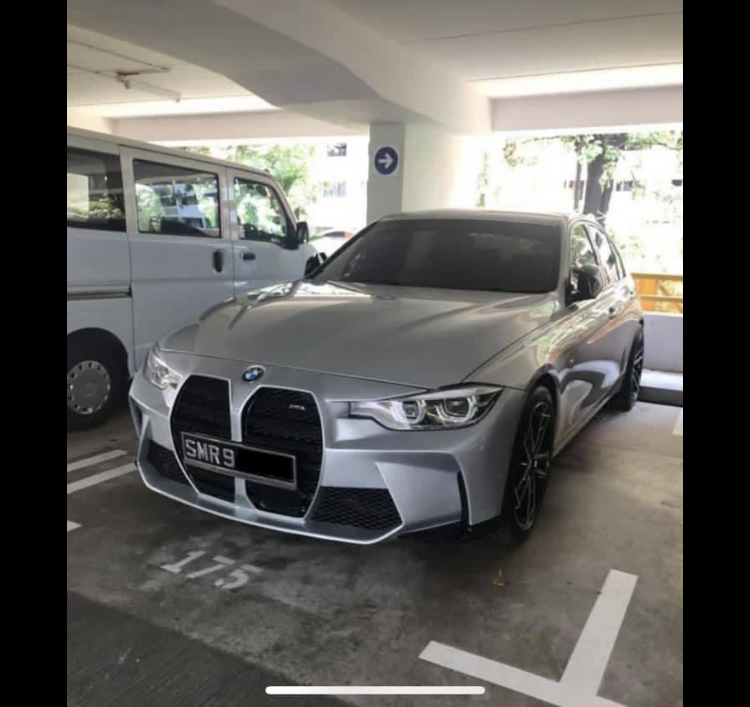 This could be further evidence that the big grille has its appreciators despite the seemingly overwhelming hatred it receives online. While I find BMW’s argument that good design isn’t about ugly or attractive a little convenient, there’s no denying that the swollen kidneys are impactful and attention-grabbing.

Will we someday look back on our objection to the grille as being too much, or will this be the automotive equivalent of a Gremlin: an objectively ugly car that appeals to lovable, but ultimately incorrect?

Australian Shoppers Can Now Reserve The All-Electric BMW i4 | Carscoops