Hydrogen-Powered BMW X5 On Track For Late Next Year | Carscoops

The BMW i Hydrogen NEXT is inching closer to reality as the company has reiterated “small series production” will begin late next year.

Based on the X5, the i Hydrogen NEXT features two carbon fiber reinforced plastic tanks that hold a total of 13.2 lbs (6 kg) of hydrogen. While that doesn’t sound like much, BMW has previously suggested the model will have a range comparable to petrol-powered variants.

The hydrogen is used to generate electricity, which powers a rear-mounted electric motor that produces up to 369 hp (275 kW / 374 PS). The model also features a high-voltage battery pack that can be used to deliver an “extra dose of dynamics when overtaking or accelerating.” BMW went on to note hydrogen-powered vehicles have a number of advantages compared to EVs including quick refueling times similar to ICE vehicles. 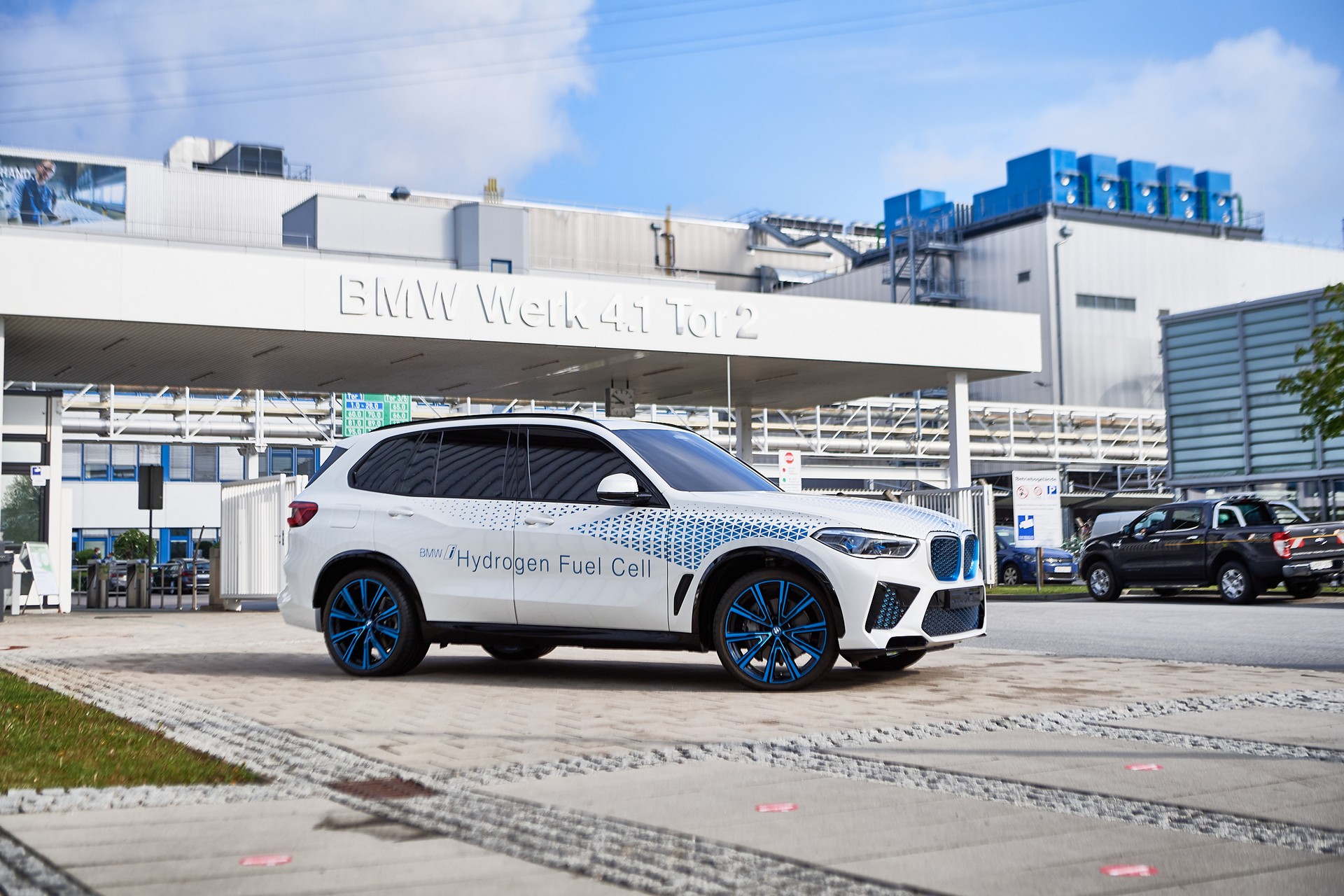 While the company is dipping their toes into the hydrogen waters, the automaker acknowledged “the conditions needed to be able to offer BMW Group customers a hydrogen vehicle are not yet in place.” In particular, the company cited a lack of hydrogen refueling infrastructure and noted “green hydrogen must be available in sufficient quantities and produced at competitive prices.”

That being said, BMW noted Germany and the European Union have “recognized the significance of green hydrogen for the energy system of the future.” The company went on to note key markets in Asia – such as China, Japan and South Korea – have also “expressed a strong interest in establishing infrastructure for hydrogen vehicles.”

While those are positive developments, the company noted “conditions for hydrogen fuel cell vehicles will develop differently around the world.” This makes it hard for automakers to justify launching FCVs as they’re only practical in certain markets and sometimes only in sub-sections of the those markets, such as California in the United States.

That being said, BMW has previously stated “A customer offer powered by hydrogen fuel cell technology will be brought to market at the earliest in the second half of this decade by the BMW Group, depending on the global market conditions and requirements.”

BMW to reduce battery carbon footprint by more than half

Toyota Is Raking It In

Mitsubishi Will Revive The Ralliart Brand And Return To Motorsport | Carscoops

Behind the scenes look at the BMW Protection Vehicle division