BMW is continuing development of the latest-generation M4 GT3 and recently completed a series of tests at the Nurburgring Nordschleife.

The car manufacturer says testing conducted late last week was focused on the durability of components under the extreme levels of stress imposed by the unforgiving circuit infamously coined The Green Hell by Sir Jackie Stewart.

Read More: 2022 BMW M4 GT3 Is Ready To Hit The Track, Was Developed In Parallel With The Road-Going Model 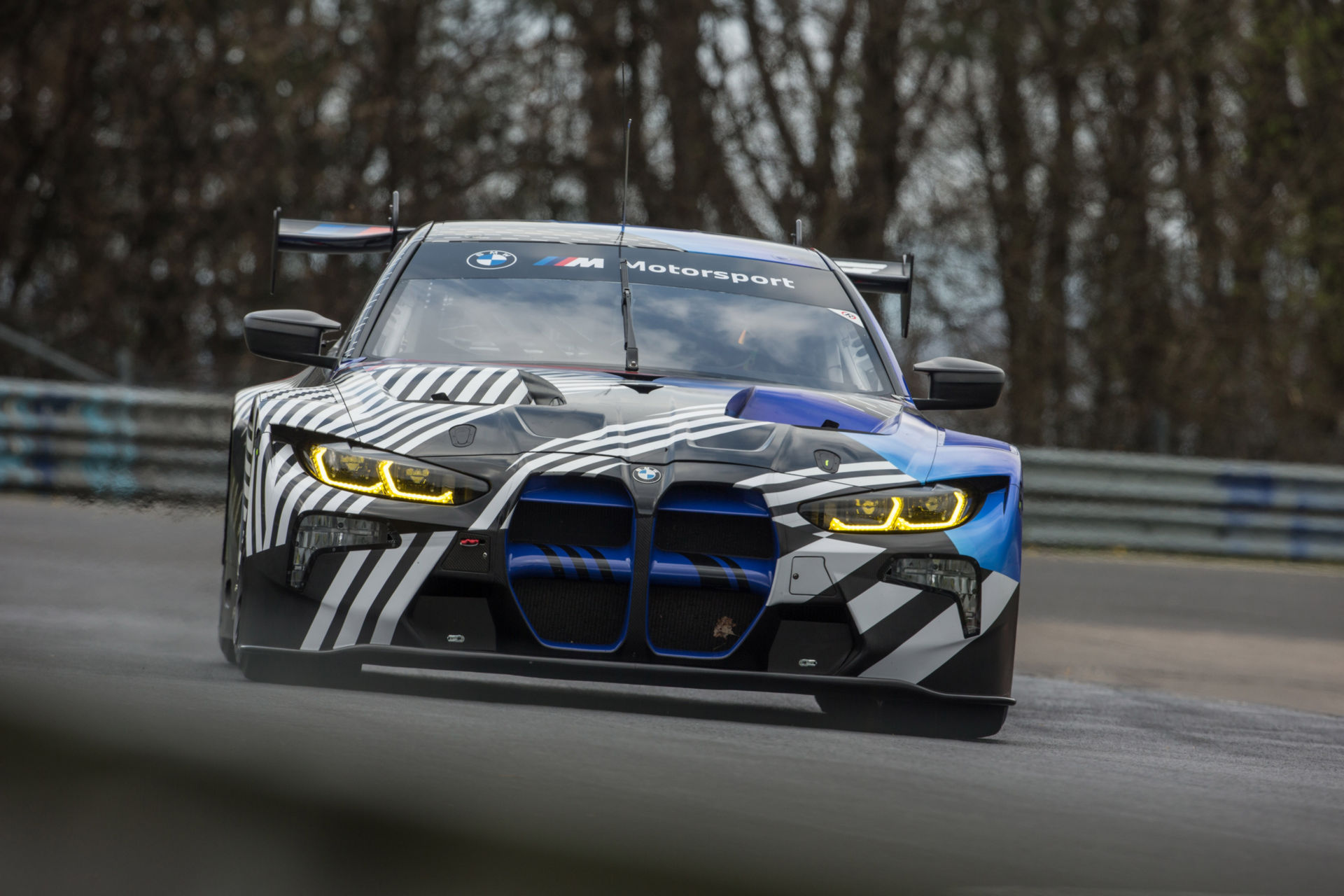 “The debut of the BMW M4 GT3 on the Nordschleife went very well,” BMW works driver Jens Klingmann said. “My initial feedback is that the BMW M4 GT3 has retained the strengths of its predecessor on the Nordschleife, while eradicating its weaknesses. Of course, it’s not possible to transfer that 1:1 to other circuits from such a special track, but as a driver you feel right at home from the word go in the BMW M4 GT3. It is not unpredictable, but it’s fast nonetheless. It was really great fun.”

The M4 GT3 will return to the Nurburgring for additional testing at the start of June before it makes its competitive debut at the 24 Hours of Nurburgring on Thursday, June 3.

The new M4 GT3 will replace the M6 GT3 and was developed in parallel with the road-going version. Key technical specifications about the race car remain under wraps but it stands out from the road-going model thanks to a bold aerodynamic kit that includes a towering rear wing, flared wheel arches, a distinctive front fascia, and a modified rear end.

What’s The Most Unreliable Car You’ve Ever Owned?