BMW is kind of on the back foot when it comes to electrification, but if the latest spy pictures are anything to go off, it’s working hard on its EVs.

The automaker was caught testing three new entries into its flagship sedan range: the 7-Series, the 7-Series hybrid, and the i7 EV.

Spy pictures of the i7 have surfaced before, showing a shape that’s remarkably similar to the 7-Series. You can spot the i7 here thanks to a handy sticker on the side of the car identifying it as an electric vehicle. These are the first pictures, though, that we’ve seen with an extra sensor over the right kidney. We can only guess as to its purpose, but the smart money’s on autonomous or, more likely, semi-autonomous technology.

The tech has become a real point of pride for a lot of manufacturers, and Audi already claim to have level 3 capability in the A8. Expected to be revealed in 2022 as a 2023 model year, maybe BMW will have some autonomous technology ready in time for its executive sedan’s launch.

Also Read: Flagship Electric BMW i7 May Pump Out Over 650 HP 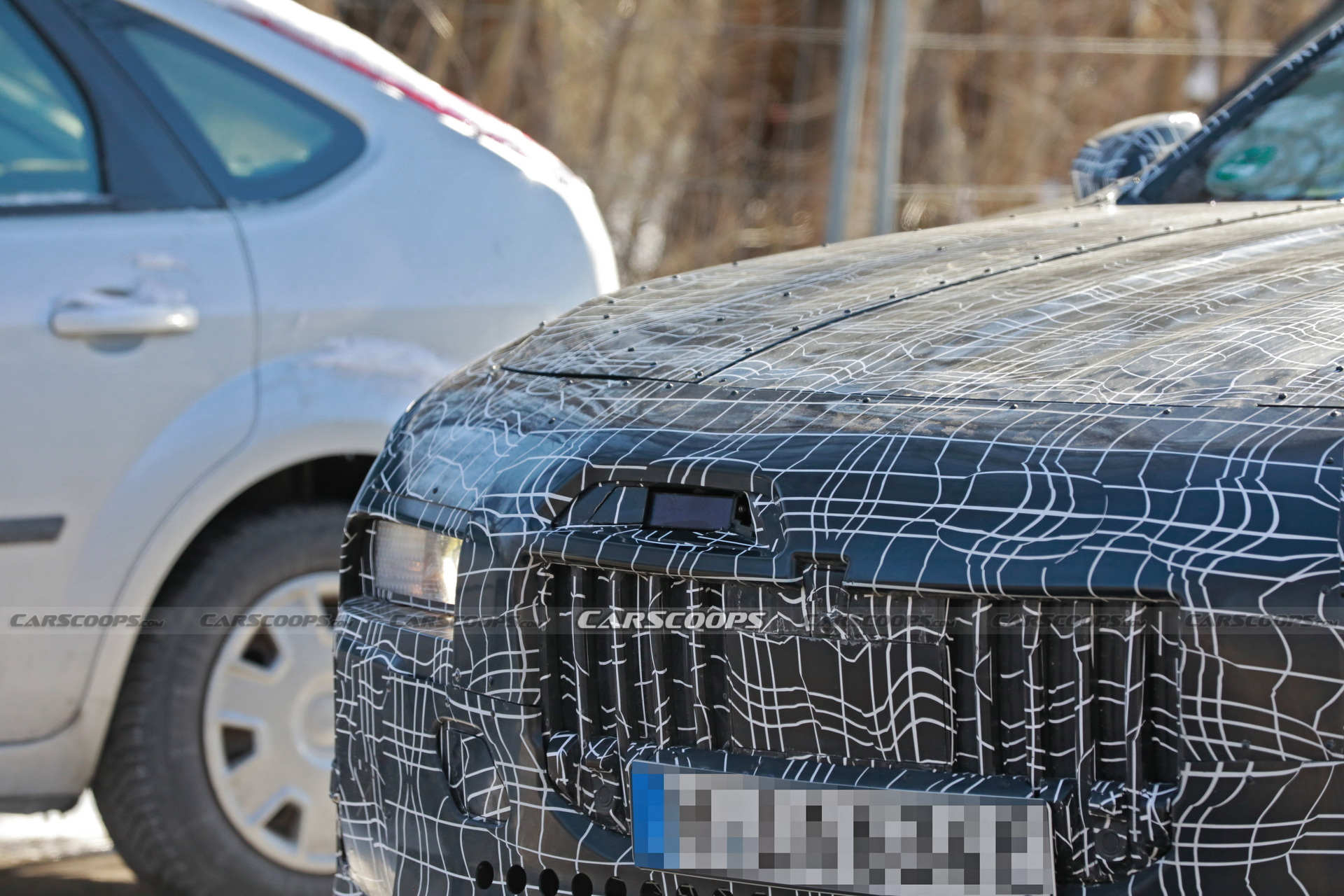 If German reports from earlier this month are anything to go by, the i7 should be an impressive car. Apparently able to go 435 miles (700 km) on a single charge and packing a 650 hp punch, thanks to a 120 kWh battery pack, the big sedan should have the numbers to be competitive in its segment.

We actually know less about the internal combustion 7-Series or the hybrid version. Given that BMW currently offers a plug-in hybrid version of the current model, we would expect it to be a member of the new one’s range as well. You can spot in these pictures thanks to a lack of visible tailpipes.

Expected to come along on around the same timeline, there are as of now fewer rumors to go on. The spy pictures do seem to suggest, though, that it will still sport a large grille, while the overall shape of the vehicle doesn’t seem to be a radical departure from the current model.

The Best Portable Air Compressor for Run Flats in a BMW