2022 BMW X4 Facelift Spied With Changes Inside And Out | Carscoops

Spy photographers have caught the facelifted BMW X4 on numerous occasions, but now we’re getting a look inside the cabin.

While some of the interior is camouflaged, there are handful of changes including what appears to be a larger infotainment display.

Further below, we can see a revamped center stack with new air vents and updated switchgear. The model also has a new steering wheel, a minimalist shifter and revised controls on the center console.

A closer look also reveals a digital instrument cluster which shows an undisguised X4 M40i. However, the quality isn’t great and it appears to be the current model. 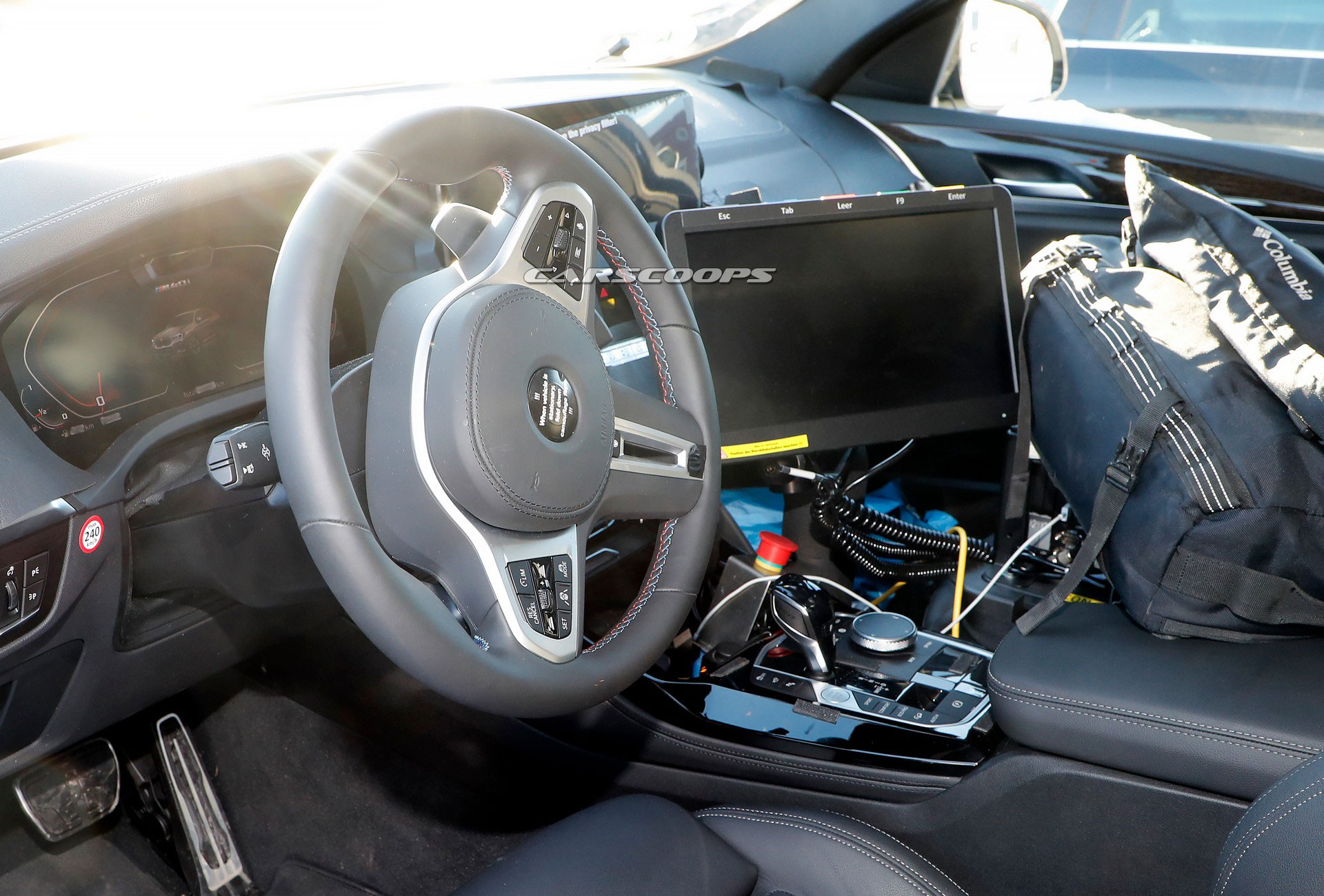 Speaking of the exterior, the pictures reveal the crossover will have slimmer headlights that appear inspired by the ones used on the updated 5-Series. We can also expect a revised grille and a modified front bumper.

The changes are harder to spot out back, but it appears the X4 will have updated taillight graphics and possibly a new bumper.

The facelifted BMW X3 and X4 are expected to debut later this year, likely as 2022 models.