Bentley has been incredibly slow to cash-in on the trend for megabucks in-house specials. While almost every other luxury and supercar brand from Aston Martin to Lamborghini has tapped into demand for $1-million-plus low-volume halo cars, Bentley has been busy focusing on its regular production models.

But that all changes with this new Bacalar roadster from Bentley’s Mulliner special projects team. You might remember the bright yellow Bacalar concept revealed last March – it would have been the focal point of Bentley’s Geneva stand if the show hadn’t been cancelled.

Now Bentley is getting ready to deliver the first of 12 customer cars, and it let us get close to the Car Zero development Bacalar and revealed some incredible details about the build process that might help explain why it costs $2m (£1.5m).

Bentley claims its Mulliner division is the oldest coachbuilder in the world, being almost as old as the brand itself. Originally an independent company that gained a reputation for its work clothing Bentley and Rolls-Royce chassis, it was acquired in 1959 by Rolls-Royce, which had swallowed Bentley up over 25 year earlier.

Mulliner stayed with Bentley when BMW took Rolls-Royce, and these days Mulliner’s operations are split into three. There’s Mulliner Collections, which can sort paint-to-sample colors or bespoke stitching for your Bentayga or Continental; Classic, which is currently building the Blower Continuation Series; and Coachbuilt, the department responsible for the Bacalar.

Though the Bacalar is based on the Continental GTC convertible, you’ll never mistake one for the other thanks to the 750 new components that go into making one. The Bacalar takes styling cues from 2019’s stunning EXP 100 GT concept, most obviously the huge radiator grille, twin hood vents and headlights that bleed out into the fenders behind them. 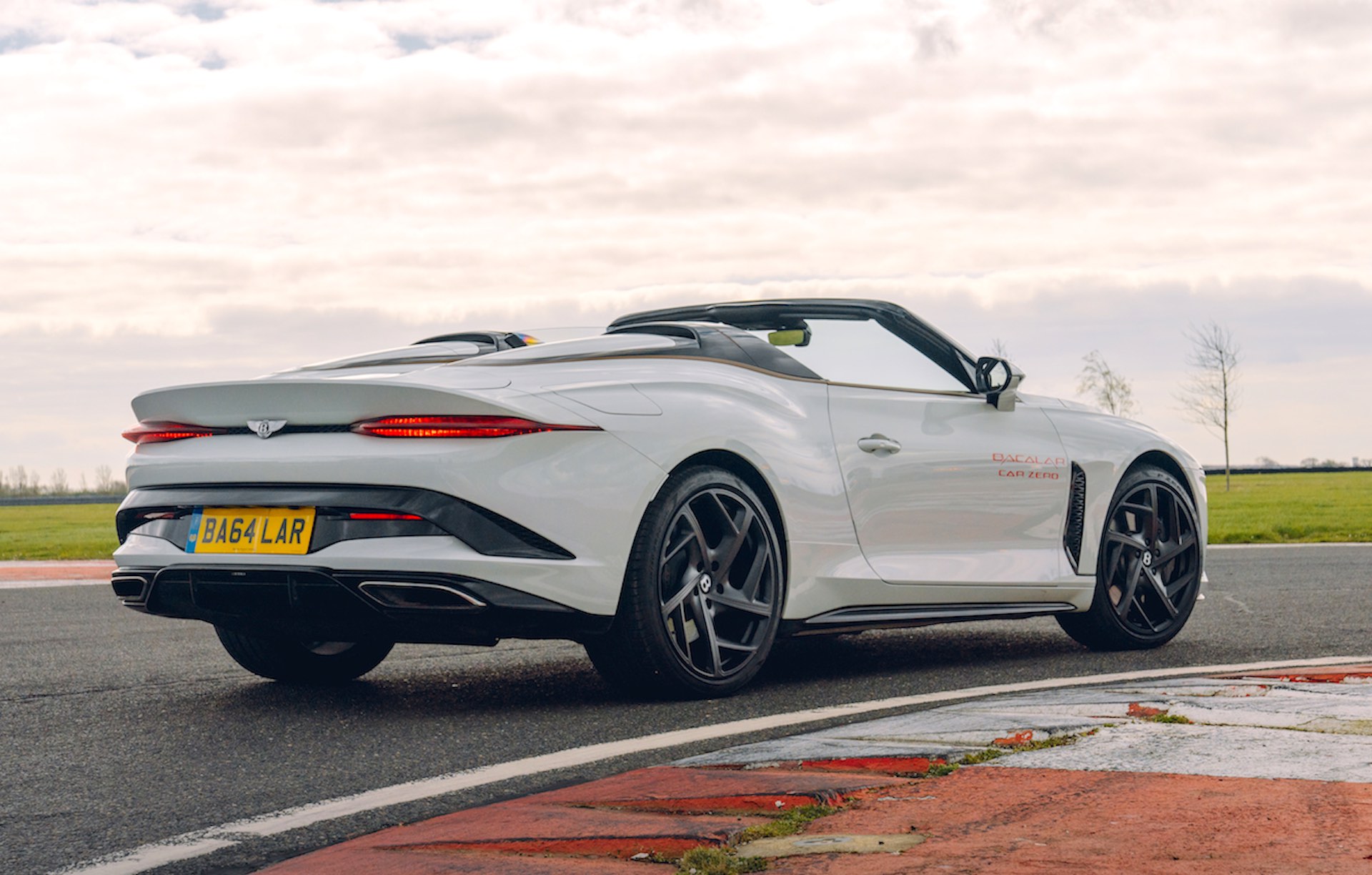 There are more EXP 100 echoes in the concave rear and its slim tail lamps, the slimmer waist, and the rear arches, which lose the GTC’s retro-style flares.

But where the 100 was a four-seat coupe, the Bacalar is a two-seat roadster with a double-bubbled rear conopy – and, incredibly, is only the second dedicated two-seat Bentley since 1930. There’s no roof, not even an emergency top, so it’s no surprise that the 12 cars have found homes in places like Miami and Monaco.

Inside, you get two luggage pods where the back seats would be, and a unique wraparound cockpit with a taller console that emphasizes the supposed sportiness. There are even Porsche RS-style door release pulls, though this being a Bentley, they’re made of the leather. 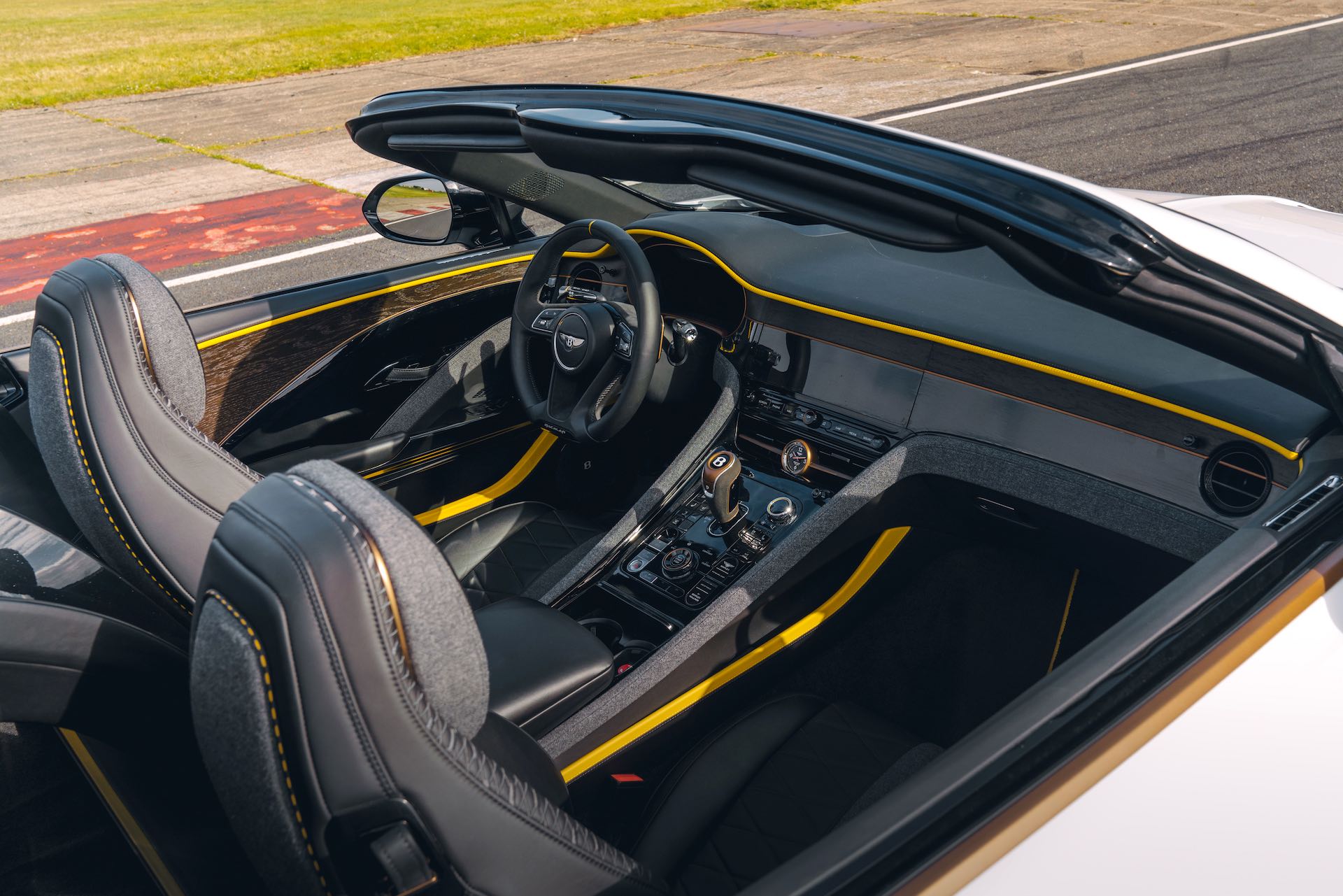 The classic round air conditioning vents on the console have gone, a small detail, but one that, together with the flat-bottom wheel, sci-fi design of the graphics in the digital gauge cluster, and very different trim materials, creates an overall impression of a much more modern car than the GTC.

But the craftsmanship, in and out, is right up to Bentley’s usual standard. The new wheel design has three finishes: satin, polished and gloss. Mind you, you don’t choose between them, you get all three on every rim, which is why it takes Bentley a week to paint each one. 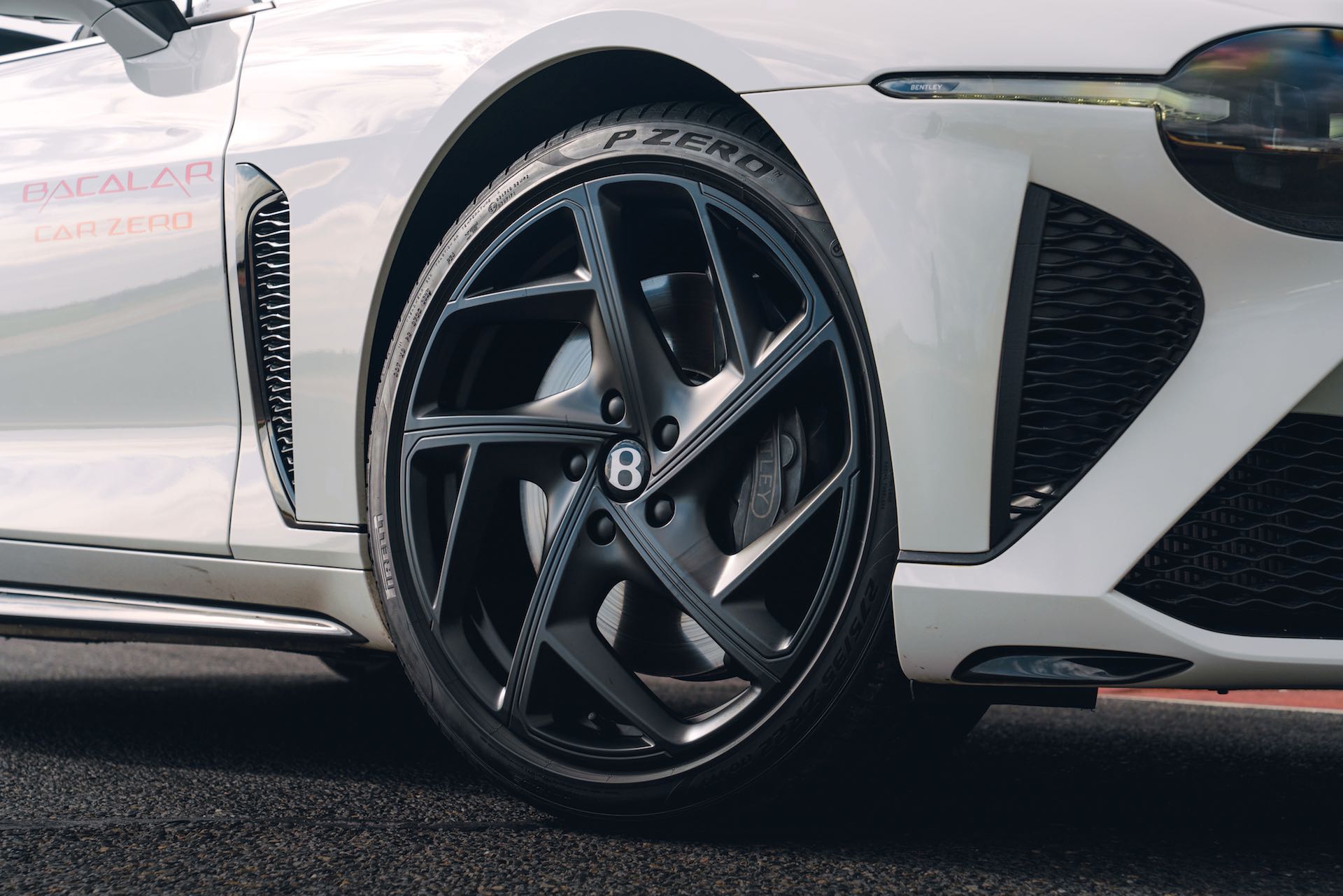 The dark wood dashboard is built from Riverwood, which has been preserved for 5000 years in peat bogs, lakes and rivers in eastern England, and wool is used sparingly on the dashboard, seats and door panels.

Each Of The 12 Bacalars Is Different Inside And Out

The choice of those materials is theoretically up to each customer, but Bentley has been careful to guide each buyer to make sure no two Bacalars are the same. That means only one was able to order the Flame Yellow paint from last year’s concept.

Perhaps surprisingly, there are no dramatic changes underneath the skin. The Bacalar doesn’t get the four-wheel steering system Bentley recently announced for the Continental GT Speed, and carbon ceramic brakes are optional, which seems a bit stingy given the $1.5m price. But you do get the same 650 hp the Speed makes from its twin-turbo W12, instead of the stock W12 GTC’s 626 hp. And the curb weight is down 66 lb (30 kg), albeit it to a still massive 5,262 lb (2,384kg), so 0-60 mph in 3.5 seconds seems entirely possible. Bentley also went to the trouble of testing its 200 mph top speed, even though it’s almost certain no owner will ever do the same. 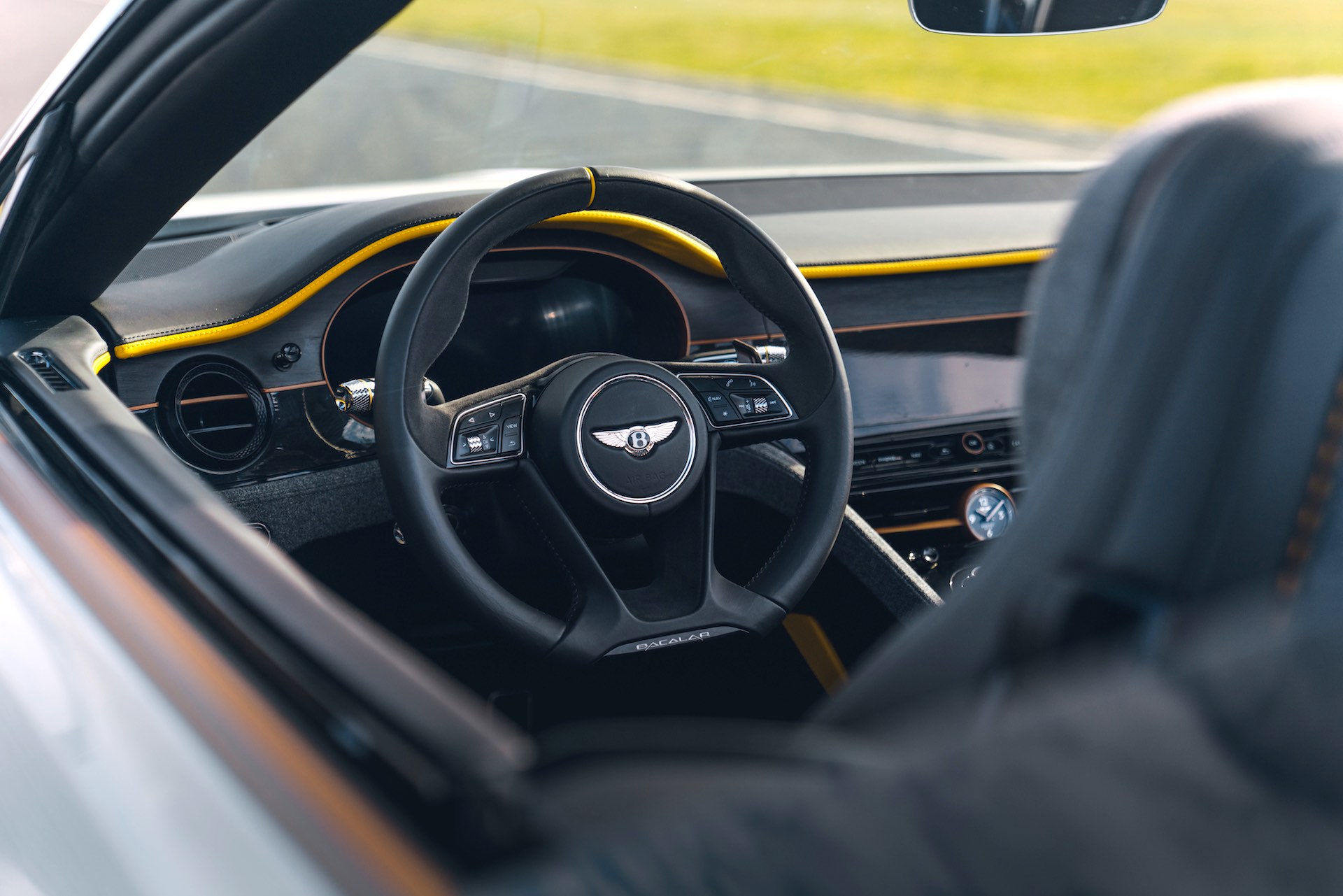 If you want one, you’re out of luck because all 12 Bacalars have already sold – and, interestingly, half went to people new to the brand.

But you can bet Bentley is already working on its next coachbuilt creation. We don’t know what that is but the automaker says it won’t be another roadster-type car. What would you like to see the Mulliner team build next?