If you’ve ever felt the rear leg-room wasn’t enough in the Bentley Bentayga, then good news: An extended-wheel-base variant is around the corner and is currently undergoing some cold-weather tests in Swedish snow.

While we often expect long-wheelbase variants to be confined to the Chinese market, the Bentayga EWB will likely be offered elsewhere around the globe. An EWB Bentley SUV will fill a gap created with the discontinuation of the Mulsanne luxury sedan and its EWB variant. 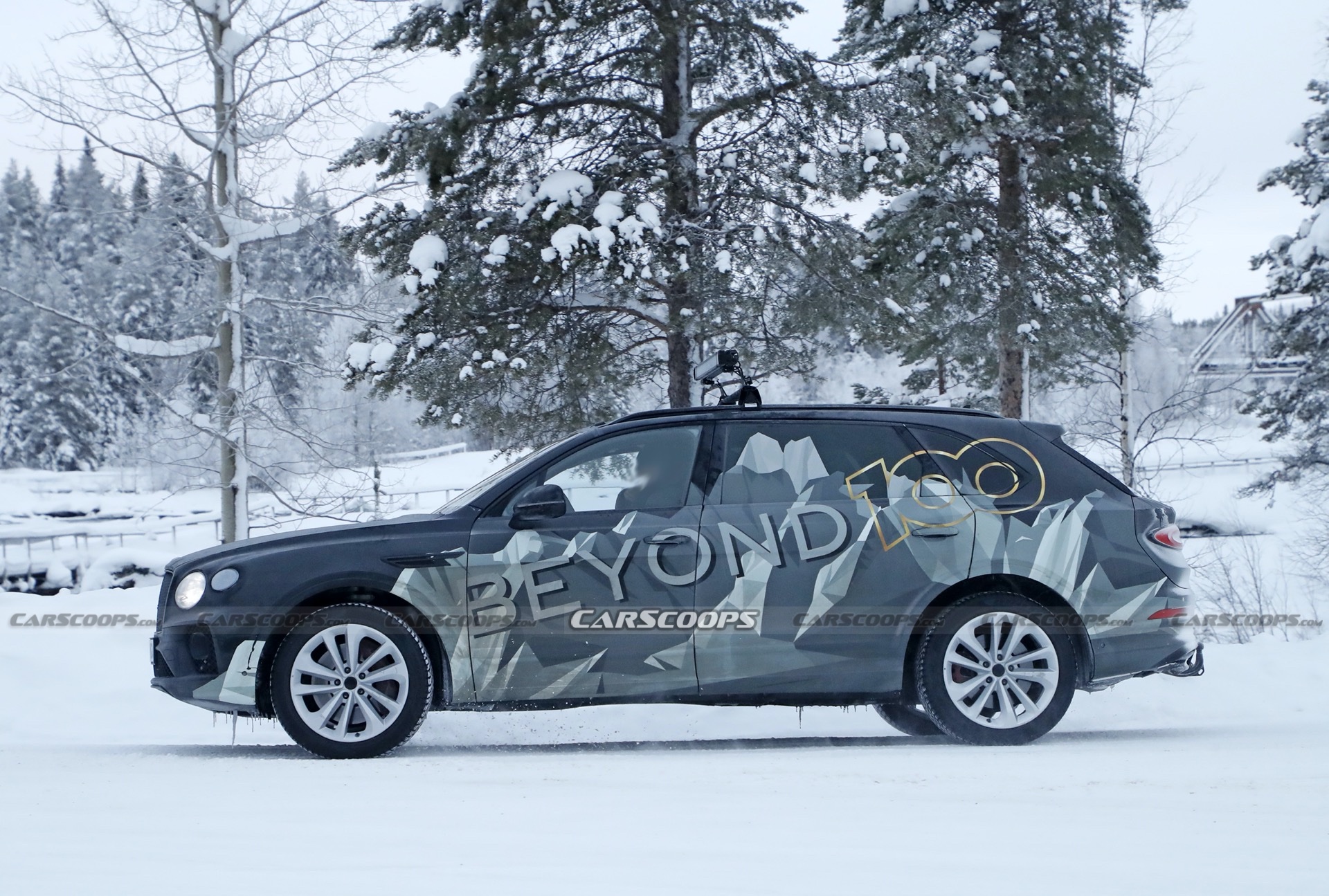 You, The One Flying Spur Owner With The Faulty Fuel Tank. Your Car Has Been Recalled

While the standard Bentayga, which was facelifted last year, features 100mm of added legroom, expect the EWB to improve upon that increased rear cabin space vastly. The car will substantially grow from its current 202.3-inch (5,140-millimeter) length and 117.9-in. (2,995-mm) wheelbase. Don’t expect a seven-seater option, though — although stranger things have happened. The Bentayga will, instead, likely focus on an even more luxurious experience for its passengers.

The mildly disguised prototype features longer side doors and has the potential to become the flagship of the Bentley range — a role that had fallen to the Flying Spur in the Mulsanne’s absence. The wrap leaves little to the imagination, proudly proclaiming Bentley’s new Beyond 100 initiative.

Read: Bentley To Become An EV-Only Brand, Petrol Engines To Be Phased Out By 2030 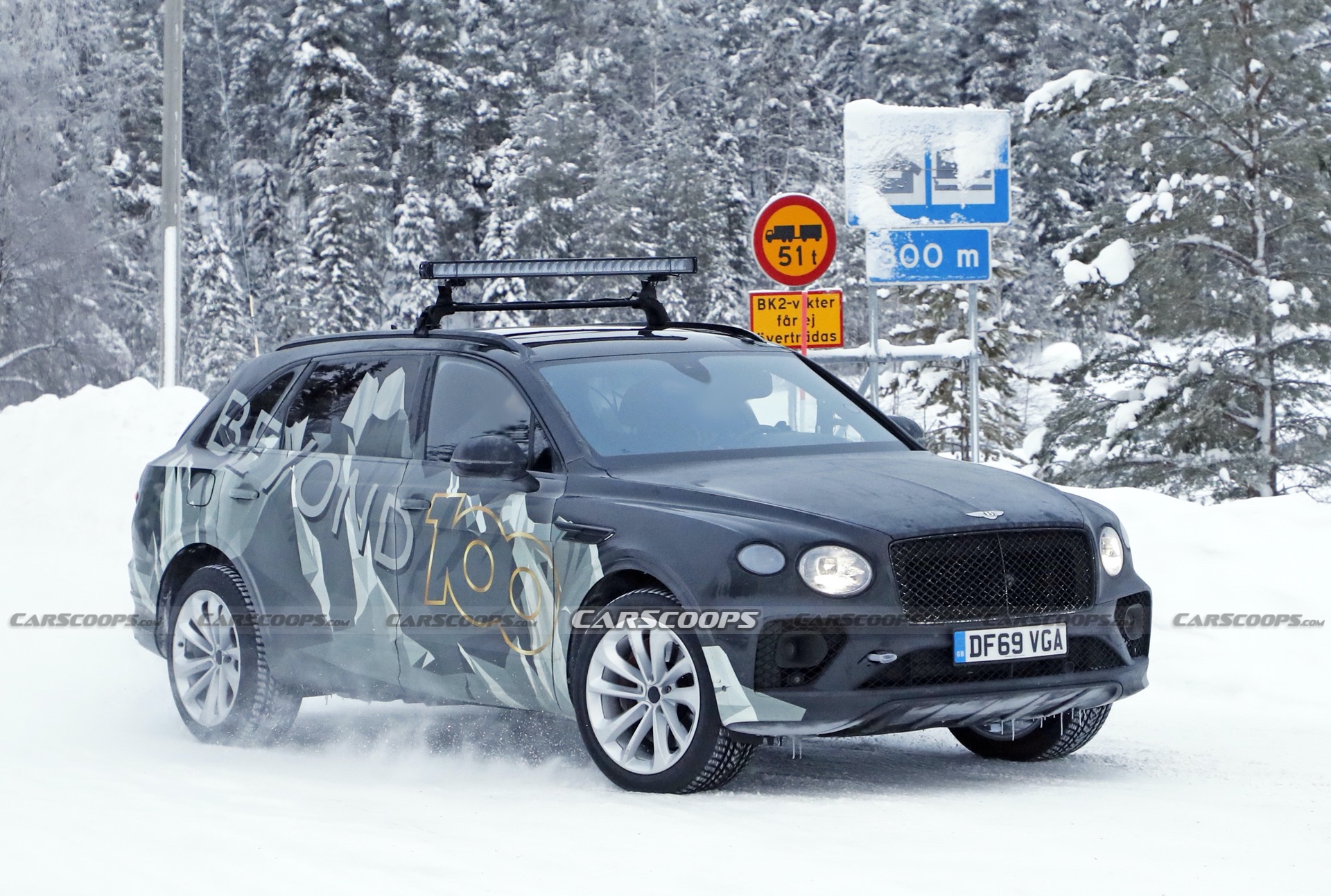 Bentley’s Beyond 100 program will see the phasing out of Bentley ICEs, replaced instead with EVs in what will be the largest shift seen in Crewe-based luxury car maker’s long history.

For now, though, the Bentley Bentayga is expected to launch with both V8 and W12 engine configurations, while some kind of electrified plug-in is on the cards too. Bentley is yet to confirm a reveal date for the Bentayga EWB, but expect it towards the end of 2021.

You, The One Flying Spur Owner With The Faulty Fuel Tank. Your Car Has Been Recalled

Thanks To Mulliner, Your Bentley Bentayga Can Have Stone Veneers and Tweed Accents | Carscoops

Bentley Recalls ONE 2020 Flying Spur, Will Contact Its Owner This Month | Carscoops

Plug-in hybrids not as fuel-efficient as official figures claim, Which? reveals