Having been spotted a few times at the beginning of the year, a slightly camouflaged Audi A8 facelift has become the focus of our spies again.

Spotted near the company’s headquarters in Ingolstadt, Germany, these two prototypes provide another look at the visual updates.

As usual with almost all facelifts, the flagship sedan features new headlights, updated grille and bumper. The rear end of the car does not seem to have changed at all, but there is still enough time for it to get a revised bumper and new taillights. The side skirts could be modified as well, and new wheel options will probably round out the changes on the outside. 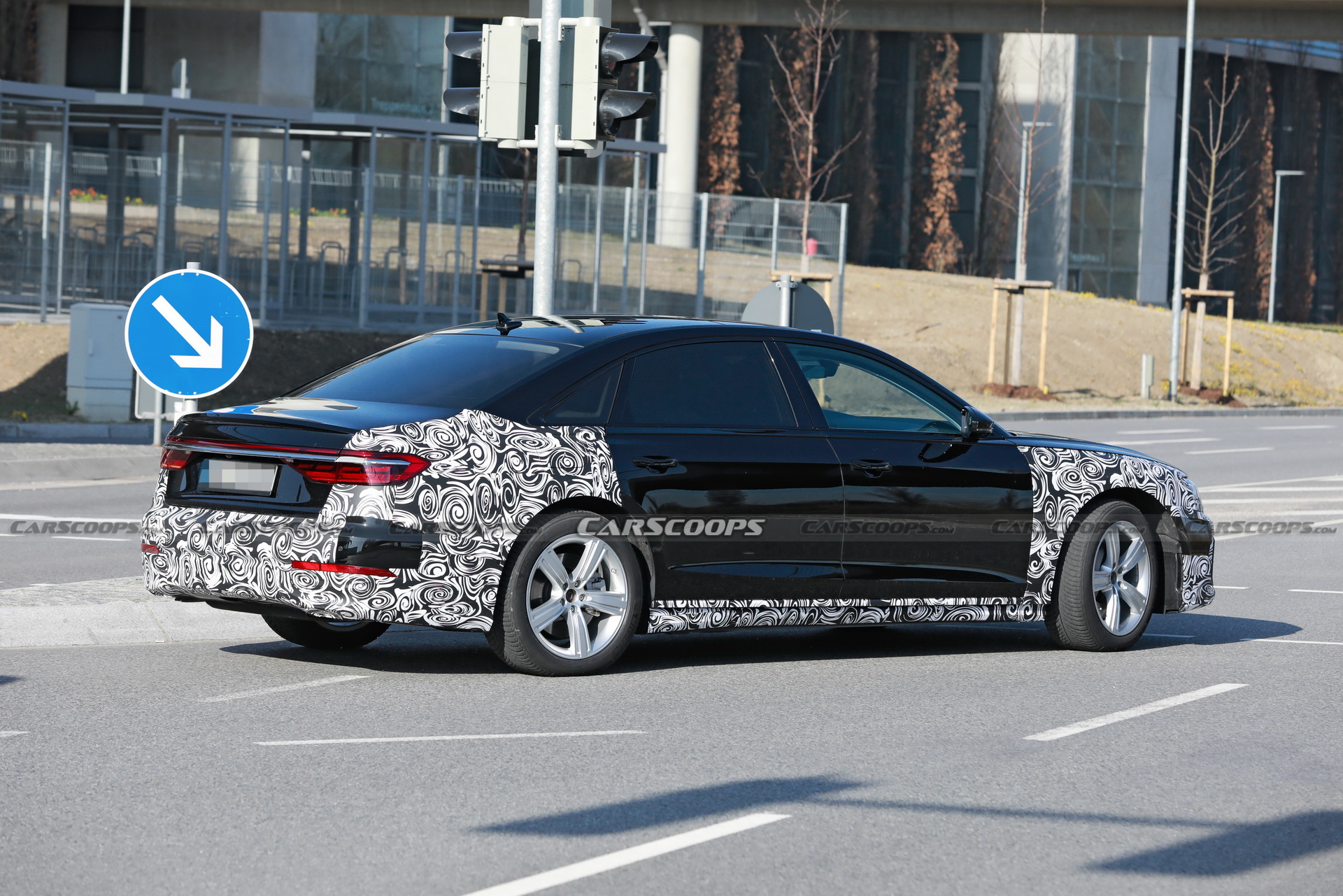 The interior should carry over with minimal updates that will perhaps revolve around the infotainment system and digital instrument cluster software, and new upholstery and trim.

Expected to show its face later in 2021 before arriving in North America for the 2022 model year, the facelifted Audi A8 should launch with the usual engine lineup. The mills will likely carry over, albeit probably with a few updates that will make them more frugal and less polluting. The A8 TFSI e plug-in hybrid is rumored to feature a new battery that will improve the range beyond the 17 miles (27 km) offered by the current variant, which has 443 HP and 516 lb-ft (699 Nm) of torque produced by the 3.0-liter turbocharged V6 and electric motor.

The 2021 Ducati Monster Is A More Refined Kind Of Wild

The 2021 Ducati Monster Is A More Refined Kind Of Wild

We’ve all said goodbye to an automotive friend. It isn’t easy

Audi Explains How It Makes Its Cabins Sound So Good